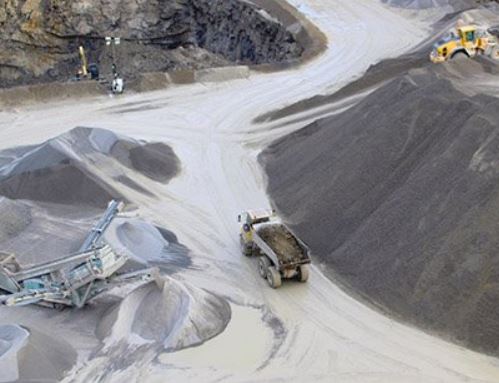 Ireland has been found to be in breach of its international obligations in relation to access to information on the environment.

A decision reached under the United Nations’ Aarhus Convention has found that certain Irish planning regulations do not comply with the Convention’s provisions on public participation in planning.

This is the first decision on an Irish case by the Aarhus Convention Compliance Committee since Ireland ratified the convention in 2012. The Aarhus Convention, named after the Danish city in which it was signed, is an international agreement establishing a number of rights of the public with regard to the environment, including guaranteed access to justice at a cost which isn’t prohibitive.

The case was taken by Kieran Cummins, environment activist, when he sought to make representations regarding a quarry in Co. Meath six years ago.  He submitted a communication to the Compliance Committee, alleging the failure of Ireland to comply with its obligations under articles 6 and 7 of the Convention. “A lack of public participation on environmental matters in Ireland has been a systemic problem for citizens in various facets of planning law,” said Mr Cummins.

The case relates to Trammon Quarry which had been granted planning permission by Meath County Council in 1998 for 15 years and due to expire on August 5, 2013.

Mr Cummins watched the roadside for notice of a new planning application but none appeared. Later in 2013, when he was looking up an unrelated planning matter, he discovered that there were three applications with the local authority to extend the life of the planning consents at the quarry for a further five years.

There had not been any public notice of this and Mr Cummins was advised by the planning authority, Meath County Council, that the matter was not open to the public for comment. As the public was not permitted to put in submissions to the local authority, there was no means of appealing the matter to An Bord Pleanála.

The Committee has ruled that, by failing to provide opportunities for the public to participate in the decision-making on the 2013 permits to extend the duration of Trammon quarry, the Department of Communications, Climate Action and Environment failed to comply with article 6(10) of the Convention.

“Moreover, the Committee finds that, by providing mechanisms through which permits for activities subject to article 6 of the Convention may be extended for a period of up to five years without any opportunity for the public to participate in the decision to grant the extension, section 42(1)(a)(i) and (ii) of the Planning and Development Act 2000 do not meet the requirements of article 6(10) of the Convention.”

The committee, sitting in Geneva, Switzerland, has recommended that the Irish Government “takes the necessary legislative measures to ensure that permits for activities subject to article 6 of the Convention cannot be extended, except for a minimal duration, without ensuring opportunities for the public to participate in the decision to grant that extension”.

Environmental Site Assessment, performed before property purchase or funding of a property transaction, can prevent the uninformed acquisition of property that has hidden environmental liabilities.  Verde works with buyers, sellers, lenders, developers and legal services initially agreeing a scope of work that satisfies relevant parties as well as meeting the highest standards for completion of environmental due diligence.

Our Real Estate Environmental Services include: