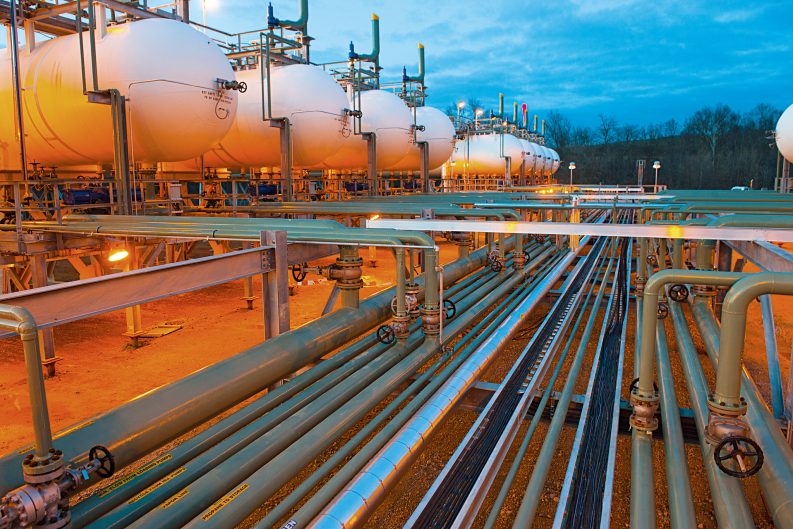 Drilling for new gas in Irish waters is not compatible with achieving Paris Agreement targets to limit the impact of climate change, a new international study has found.

The study from the climate and energy think tank, Oil Change International, assesses the role of gas in the energy system against Ireland’s decarbonisation targets and Paris obligations.  The EU has set emissions reductions targets of 80 to 95 per cent by 2050 as compared to 1990 levels in order to keep the increase in global temperature below 2 °C. To achieve this target and the goals of the landmark Paris climate agreement, the report finds, all new energy development must be zero-carbon. New gas infrastructure, however, is not consistent with this, it states.  The report also finds that new gas projects compete with wind and solar rather than coal and called on the Irish Government to instead increase support for renewables, battery storage, and energy efficiency schemes.

The report was released to coincide with the appearance of Oil Change International’s Research Director, Greg Muttitt, before the Oireachtas climate and environment committee’s second hearing on the Climate Emergency Measures Bill.  The Bill seeks to prohibit the Government from issuing any new licenses for the exploration and extraction of fossil fuels. It has been suggested that there is a continued role for natural gas as a key transitionary fuel in the short to medium term.

Speaking before the committee last week, Matthew Collins of the Department of Climate Action said that natural gas use will maintain “a significant place” in the market for the near future. Natural gas should represent almost one quarter in the energy sector by 2050, he added.  Mr Muttitt, however, said that this strategy does “not stand up to scrutiny” as the development of gas extraction or import infrastructure will “serve only to undermine” Ireland’s progress toward its climate goals.  “More gas obstructs the introduction of renewables for homes and businesses and associated gas infrastructure locks-in even higher emissions,” Mr Muttitt said.

Gas-fired power plants and related infrastructure like pipelines require large up-front multibillion-dollar investments, the report finds, with companies investing such sums of money unlikely to retire the infrastructure earlier than 30 years into its lifetime at minimum. “This means that gas plants built over the next few years could still be operating beyond 2050 when emissions from the power sector must be nearing zero,” the report states. The finding of the report clearly shows that there is “no room for new gas in Ireland’s energy transition”, according to the Director of Friends of the Earth Ireland, Oisin Coghlan. Echoing the report’s finding, he said that new gas is a “block, not a bridge, to clean energy” and could “lock us in to pollution for decades”. “Gas is not a nicotine patch or an e-cigarette in our struggle to end our addiction to fossil fuels. ‘Low-carbon gas’ is like those ‘low-tar cigarettes’ that turned out to be marketing spin by big business trying to delay action to protect public health,” Mr Coghlan said.

A 2017 study from the Tyndall Centre for Climate Change Research indicates that EU States can afford just nine more years of burning gas and other fossil fuels at current rates of consumption before they exhaust their share of the carbon budget to keep global temperature rises below 2°C.  Ireland is one of seven EU Member States which is set to miss its 2020 emission reduction targets under the EU Effort Sharing Decision and emissions are predicted to continue to rise to 2030.  The EPA’s latest projections show that Ireland’s total emissions in the non-Emissions Trading Scheme sector – agriculture, transport and waste will increase from current levels to 2020.  Ireland has a target to reduce emissions from these sectors by 20 per cent, yet, the EPA estimates that we will only achieve a one per cent reduction by 2020.