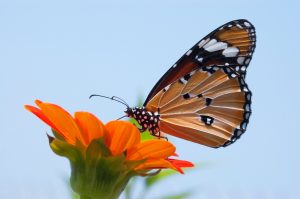 In our hyper health-conscious times, it’s hard to imagine anyone advocating a lifestyle that encourages people to smoke too much, drink too much, never exercise and gorge on junk food all week. Acts of deliberate self-poisoning, bodily degradation and organ destruction are more frowned upon than they have ever been. Meanwhile, the number of steps you are taking each day is a legitimate conversation topic and almost everyone (myself included) is either on, or promising to soon be on, some form of health kick. It hasn’t always been this way. What happened?

The big thing, I think, is that we got informed. We learned about the effects of certain lifestyles and the ill health they set in store for us later in life, and a lot of us changed – or are trying to change – our behaviour. The benchmark of social acceptability on smoking and binge drinking at least has shifted substantially. How long will it be before a similar shift takes place for nature?

The most comprehensive triage ever undertaken on global ecology was released earlier this month by the UN Intergovernmental Science-Policy Platform on Biodiversity and Ecosystem Services (IPBES). It told us in stark and unqualified terms that our land, freshwaters and oceans – and the species that live in, on and under them – are not healthy. They’re malnourished from exploitation, morbidly obese with fertiliser, poisoned with biocides and diseased with invasive alien species, and all the while trying to keep pace with increasingly unstable weather patterns.

The prognosis couldn’t be more serious. The organs of the Earth are showing signs of failure, and there is no transplant, no planetary dialysis machine, no intergalactic surgical wizardry that can fix them. Ecosystems and biodiversity are as important to human society as a heart, liver, kidneys and lungs are to you. Yet it’s us that’s causing this worldwide biological systems collapse, despite the fact that our own lives – our food, jobs, homes, governance, security and everything else – quite literally depend on their health.

The million animal and plant species that are threatened with extinction – more than at any other time in human history – are the sharp pain down the left arm. The threefold increase in plastic pollution since 1980 is the nauseating dizziness. The global food system that eats up a third of the Earth and three-quarters of its available freshwater is the rapid heartbeat.

The three-quarters of the world’s land and two-thirds of its oceans that have been significantly altered by humans are the tightness of breath. It’s worth noting that “significant” is a word that scientists do not use lightly.

As the IPBES report soberly informs us, any response short of a major and transformative intervention is, to some degree or another, doomed. This statement also rings true for Ireland. It is no longer good enough to look out at our lush landscapes and assume they are healthy. Green is not always natural.

Take Ireland’s most recent ecological health check, which was submitted to the UN a few weeks ago. It states that about 30 per cent of our most precious species-rich grassland habitats – the “emeralds in the crown” of our landscape, which support a huge number of insects (ie bird food) – have been lost to either abandonment or intensification in the last decade alone. While abandonment is likely to have greater biodiversity benefit than intensification, it’s nothing compared to the diversity in a species-rich grassland. Either way, to the casual observer gazing out the window, abandonment and intensification both look green.

As far as I can tell, Ireland is the only country to have explicitly declared a biodiversity emergency. The UK declared an “environment and climate” emergency, which – if the terminology is anything to go by – should encompass air, water and soil as well as biodiversity. But Ireland was more specific, declaring a “climate and biodiversity emergency” and, calling for a Citizens’ Assembly to examine “how the State can improve its response to the issue of biodiversity loss”.

As we’ve learned from previous Citizens’ Assemblies, the Irish people are more open to transformative change than politicians might expect. Let’s hope our newly-elected councillors and MEPs got the message on the doorsteps, that this assembly is progressed with the level of urgency that is required, and that its outcomes are addressed with the most intensive care.