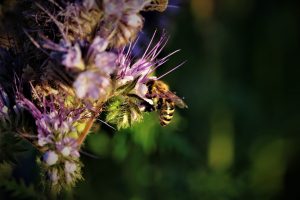 Ireland is among the countries who signed up to a global initiative yesterday to halt biodiversity loss just days before an international summit on the issue.  A total of 64 countries and the European Union signed the declaration yesterday, a few days shy of the official opening of the UN Summit on Biodiversity, and committed to “matching our collective ambition for nature, climate and people with the scale of the crisis at hand”.

In a document titled “Leaders’ Pledge for Nature”, the authors warned of the accelerating rate of biodiversity loss and climate change and note that it is “aggravating poverty and inequalities” and poses the risk of future infectious diseases. Restoring natural resources, according to the pledge, will reap benefits that “outweigh the costs ten-fold, and the cost of inaction is even higher”.

Leaders who penned the document committed to achieve the vision of “Living in Harmony with Nature” by mid-century and to ensure the world was on the path of biodiversity recovery by 2030.

In order to meet these targets, signatories said they would pursue a green and just post-pandemic recovery and to put “biodiversity, climate and the environment as a whole” at the heart of their measures.

Silo thinking must fall to the wayside in order to address the coupled climate and biodiversity crises, and agricultural systems should be transformed to facilitate sustainable production.

The aims outlined in pledge, the authors stress, are “not simply words” but “meaningful action and mutual accountability to address the planetary emergency”.  “It marks a turning point, and comes with an explicit recognition that we will be judged now and by future generations on our willingness and ability to meet its aims”, the document concludes.

The scale of the biodiversity crisis

Just earlier this month, a UN report found that only 6 out of 20 international biodiversity targets had been “partially achieved” over the past decade.  No goal amongst the outlined 20 was fully met.

The fifth Global Biodiversity Outlook report outlined eight transitions that must be implemented in order to preserve biodiversity and included measures such as ecosystem restoration, redesigning agriculture, moving towards a plant-based diet and deploying green infrastructure in urban areas.

New findings from the World Wildlife Fund revealed that roughly two-thirds of the world’s wildlife population has disappeared over the past 36 years and that 75 per cent of the planet’s ice-free land surface had been significantly altered by human activity.  Additionally, the organisation found, the majority of the ocean is polluted and more than 85 per cent of total wetland area has been lost.