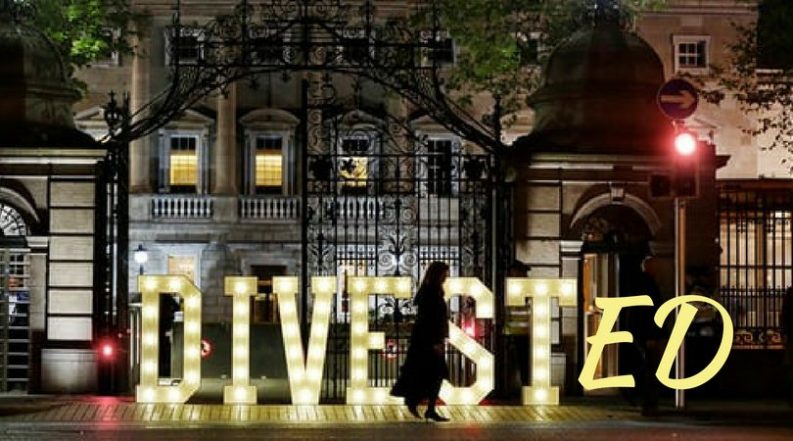 The Seanad has passed a historic Bill to make Ireland the first country in the world to fully divest from fossil fuels.

The ISIF currently has over 300 million invested both directly and indirectly in fossil fuel companies globally. The Bill would compel the ISIF to divest its current assets over a five year period.  The Bill has been amended following negotiations with the Department of Finance to allow for some flexibility so that the State does not lose money through the process of divestment itself.

Mr Pringle told The Green News in July that the passage of the Bill through the Dail was a “testament to cross-party cooperation and support” on the issue of climate change.  The Bill was “greatly” needed to enhance Ireland’s international reputation in tackling climate change, Mr Pringle said.

“While we are a small nation, we have a huge impact on the most vulnerable citizens in the world. It’s morally imperative that we urgently respond to climate change as it’s those most vulnerable who cannot afford to wait for us to act accordingly,” Mr Pringle said.

A recent report ranks Ireland as the second worst European country for climate action. The report from Climate Action Network (CAN) Europe gave Ireland a score of 21 per cent on fighting climate change, making it one of only three EU countries to score below 30 per cent.

It is estimated that almost 900 institutions have pledged to divest from fossil fuel investments, including the British Medical Association, the Norwegian Sovereign Wealth Fund and the Mary Robinson Foundation.  Faith-based groups, including the Church of Ireland, have been very active in the movement, making up around 30 per cent of the total number of institutions to divest to date.

Educational institutions make up a further 16 per cent, with Trinity College Dublin (TCD) becoming the first Irish university to officially commit to divestment in December 2016. NUI Galway and Queen’s University Belfast soon followed suit.  Successful campaigns have been run by students across the globe, including the University of Oxford, the University of Glasgow, Boston University, the Australian National University, and much more.