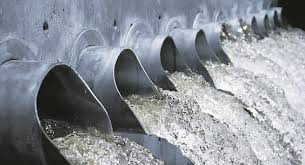 The Environmental Protection Agency (EPA) has warned that Ireland is not addressing wastewater deficiencies at a “fast enough pace”. The country is facing the threat of EU fines.  EPA director general Laura Burke made the comments as she faced questions from TDs at the Public Accounts Committee over water quality.

Sinn Féin TD David Cullinane raised the EPA’s 2017 report and cited several damning notices about water quality problems countrywide.  He noted that, in 28 of 179 towns and cities, wastewater treatment did not meet mandatory standards to prevent pollution and protect health; that in 38 towns and villages, wastewater flowed into the environment every day; that there were 57 cases where wastewater was the sole threat to rivers, lakes, or was the cause of coastal pollution.

Ms Burke said there had been improvements in the quality of drinking water, but that wastewater treatment concerns had not changed.  “We’ve seen, since Irish Water was established, on the drinking water side, certainly a lot of delivery there… reduction in the number of boil water notices,” said Ms Burke. “But what we’ve said, and we’ve said very publicly, including in the report you indicated, that Ireland isn’t addressing the deficiencies in wastewater treatment at a fast-enough pace.  “It is something we have been saying and saying for a long time, the legacy of under-investment in our water treatment.”

Ireland, meanwhile, had been issued with an infringement order from Europe in March this year. A European Court of Justice ruling found almost 30 sewage schemes fell foul of EU directives, raising the possibility of serious fines unless action is taken.  The Government, in part, has blamed heavy rainfall for the breaches.

Ms Burke said the Department of Environment was engaged with the EU over breaches, adding that Ireland “may or may not” still face daily fines.  Asked by TDs whether fines attached to the EU ruling automatically take effect, she said they did not.

Mr Cullinane pointed to a significant decrease in investment in wastewater treatment funds in the recession, dropping from €1bn to a proposed €620m between 2017 and 2021.

Asked about the impact on water quality, Ms Burke said that if Irish Water is to meet its commitments, it would have to invest an average of €326m a year on urban wastewater infrastructure and about €1bn in the period 2020 to 2021, in order to meet their commitments.

Meanwhile, Fine Gael’s Kate O’Connell asked the EPA to investigate the possible presence of illicit drugs in waterways, after research in some European cities, including London, found trace of amounts of cocaine.  She said a number of recent reports had revealed high levels of illicit drugs in drinking-water supplies and that it was a potential threat to human health.  Ms Burke said the EPA would inquire into whether it was required to test for the presence of drugs in waterways.