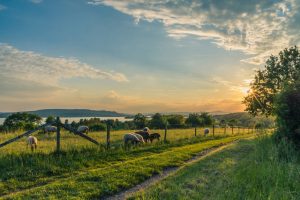 Emissions from agriculture and transport continue to pose problems for European Union Member States in meeting EU and United Nations air pollution limits, according to updated data published by the European Environment Agency (EEA) yesterday. While emissions of most air pollutants remain on a downward trend, ammonia emissions continued to rise in 2016.
The EEA briefing, ‘National Emission Ceilings (NEC) Directive reporting status 2018’ presents progress made by the EU and its Member States in meeting the emission ceilings that are applicable since 2010 set out in the NEC Directive (2016/2284/EU). The EU legislation restricts emissions for four key air pollutants from 2010 onward; nitrogen oxides (NOx), non-methane volatile organic compounds (NMVOCs), sulphur dioxide (SO2), and ammonia (NH3), and from 2020 also for fine particulate matter (PM2.5).

Six EU Member States exceeded ceilings for one or more pollutants in 2016. Austria and Ireland exceeded ceilings for NOx and NH3. Croatia, Germany and Spain exceeded their ceiling for NH3. Hungary exceeded its ceiling for NMVOCs. The NEC Directive allows Member States to ‘adjust’ the reported emissions in their inventories downwards for compliance checking with the emission ceilings if certain conditions are met. The numbers of exceeded ceilings described in the EEA’s briefing will be lower if the applications received from countries are officially approved by the European Commission later in 2018. The EEA briefing also includes an update of projected emissions reported by EU Member States for 2020 and 2030 under the NEC Directive in relation to their individual reduction commitments set in the NEC Directive for these years.

A separate EEA report on updated data from the annual European Union emission inventory report 1990-2016 under the UNECE Convention on Long-range Transboundary Air Pollution (LRTAP) shows that for the third consecutive year, ammonia emissions have increased — by 0.4% between 2015 and 2016. The overwhelming majority of NH3 emissions come from Europe’s agriculture sector. Emissions increased in 15 EU Member States with Italy, the United Kingdom and Ireland reporting the highest increases.

Emissions of nitrogen oxides (NOx) and sulphur oxides (SOx) dropped by 3.7% and 15.1%, respectively, across the EU, according to the EEA report, which tracks the emissions of key air pollutants over past years. The report is also submitted by the EU to the UNECE under the requirements of the Gothenburg Protocol to the LRTAP Convention, which aims to limit, and as far as possible, gradually reduce and prevent air pollution. The protocol also sets emission ‘ceilings’ or limits for a range of air pollutants that have to be met from 2010 onwards, which for Member States are either equivalent to or less ambitious than those specified for 2010 in the European Union NEC Directive.

Encouraging the use of cycling, improving public transport and shifting to less polluting fuels are some of the top measures EU Member States are using to reduce emissions and impacts of those two most harmful air pollutants, according to a second new EEA briefing ‘Improving Europe’s air quality – measures reported by countries’ published today.

Transport and, more specifically, traffic-related measures are the key focus of Europe-wide efforts to improve air quality, according to the briefing. Almost 50% of the total number of measures used in tackling particulate matter reported by Member States target road transport, followed by commercial and residential combustion sectors, and industry. For nitrogen dioxide, more than 60% of the measures reported mainly target the road transport sector. Industry and the commercial and residential combustion sectors are the second and third most targeted sectors.

The briefing complements the EEA’s annual air quality report, an updated version of which will be published later in 2018. While air quality in Europe is slowly improving, high concentrations of air pollution still have significant health impacts on Europeans. Particulate matter, nitrogen dioxide and ground-level ozone are the pollutants that cause the biggest harm to health. Member States must put in place and report on measures to improve air quality in areas where EU standards are exceeded.