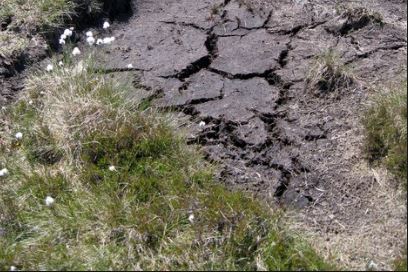 Ireland is liable to become a high-temperature hotspot over the next number of years and droughts may become more common, says Dr Conor Murphy from the Department of Geography at NUI Maynooth.

“In June, the Phoenix Park recorded its driest month in 160 years, with just 3.8mm of rain for the entire month,” he said. “At Dublin Airport, May and June were the two driest months in almost 168 years, with just 23.9mm of rainfall being recorded.  Recent research has shown that even if global temperature rise is limited to 2C above pre-industrial levels, Ireland will likely experience more frequent droughts. Increases in temperature and evaporation along with drier summers are behind the findings.”

Assessment was made on the impacts of a +2°C global warming on extreme floods and hydrological droughts (1 in 10 and 1 in 100 year events).  Flood magnitudes are expected to increase significantly across most of the world, while drought magnitude and duration may increase in Spain, France, Italy, Greece, the Balkans, the south of Britain and Ireland.

Ireland hasn’t suffered a major drought since the 1970s, but the low rainfall during May and June this year has led experts to believe that more droughts could be on the way.  Recent decades have witnessed severe drought events across Europe, with serious impacts including reductions or loss of water supply, decreased agricultural production and power generation, environmental impacts and even loss of life. Appropriate drought planning begins with understanding the magnitude and socio-economic impacts of past events, according to Dr Murphy. “To predict the future we must understand the past,” he said. “For the farming community, in particular, speaking to those who experienced past droughts will give others an indication as to how we coped in such extremes.”

After the intense drought of 1976, it took until August 1977 before conditions returned to normal. Drought impacts included reduced levels in reservoirs supplying water to Dublin city. Again, the severe lack of water for livestock and the poor condition of crop and grazing lands severely affected agriculture in Ireland. “No one knows what will happen in the next few months,” Dr Murphy continued. “But the next few weeks alone will tell a lot.” Between 1850 and 2015, Ireland suffered seven major drought-affected periods, the last being between 1969 and 1977. In total, 45 individual drought events were identified in Ireland during that time. Of these, 22 were shorter than 10 months, 19 had durations of between 10 and 20 months, and four lasted longer than 20 months.

In a study conducted by a group of experts which include Dr Simon Noone and Dr Murphy of Maynooth University, two exceptionally long events are found on record – the continuous drought of 1854-60 and the drought of 1800-09. During the drought in 1854, increasing cost of agricultural produce was noted at Dublin Market due to unusually late potato and wheat crops. Due to the scarcity of pasture, many cows remained dry of milk and unsold at the Dublin market, with similar conditions and falling prices experienced at other monthly fairs across the island. In the 1930s, the first signs of drought appeared in October 1931. At 12 weather stations, it was shown to have lasted longer than 25 months, ending at most stations by November 1934.  Farmers in Wexford experienced water shortages with ponds, springs, wells and streams drying up. Milk and butter yields were well below normal and beet and turnip crops failed. A further severe 2-year drought began in November/December 1952 and persisted in most areas until August/September ’54.

Article courtesy of – The Irish Independent

Verde Environmental Consultants has built a team of water resource assessment specialists who are focused on delivering quality hydrogeological services to our clients in industry such as groundwater abstraction feasibility assessments, authorisation of discharges to groundwater technical assessments and water quality/level monitoring.