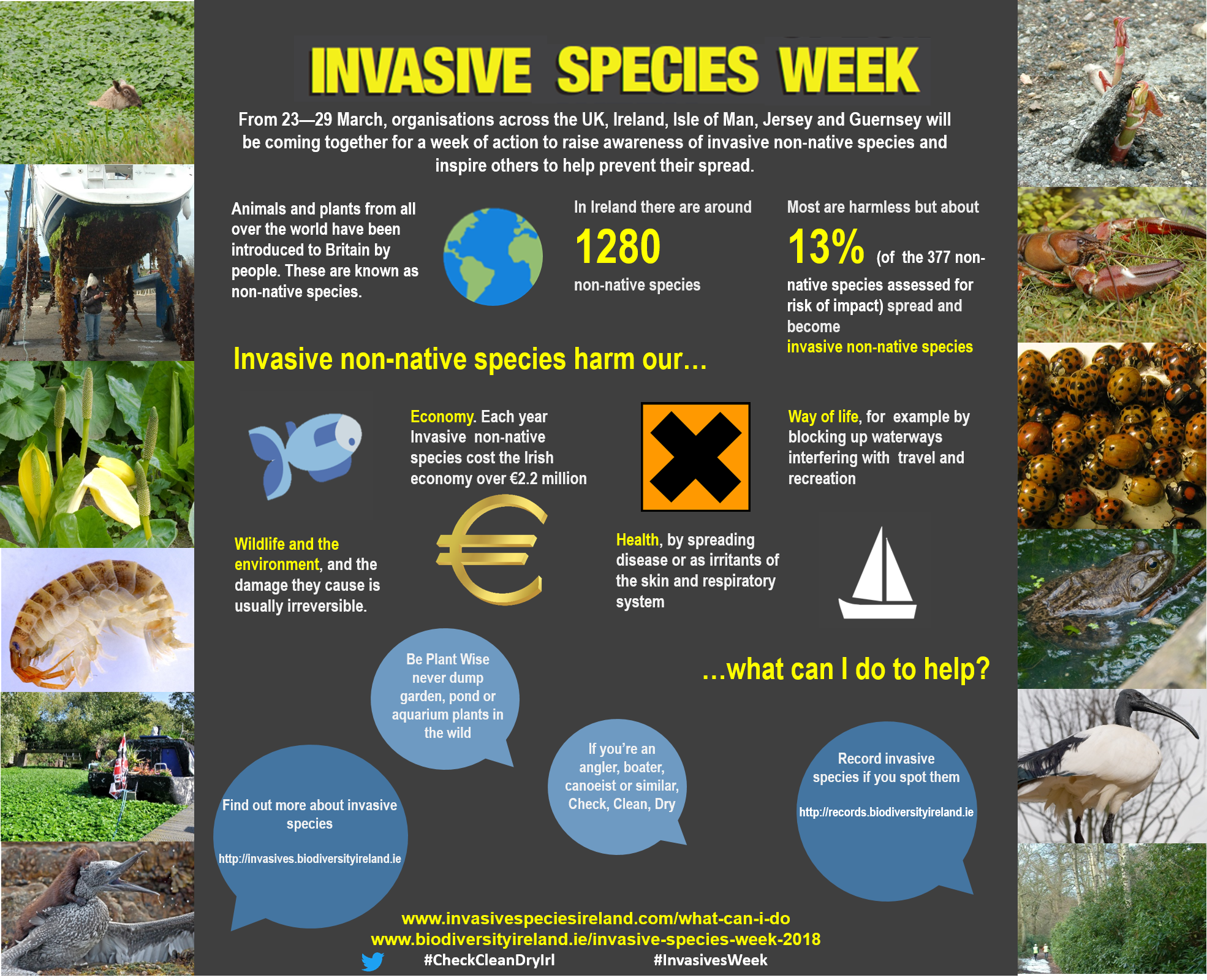 According to the National Biodiversity Data Centre, the number of invasive species in Ireland has increased by 183 per cent in the past 50 years.

Invasive species were estimated to have cost the economies of Ireland and Northern Ireland a combined total of over €261million in 2013 and are a major threat to our native flora and fauna.

At the launch of the Invasive Species Week, Minister for the Environment Denis Naughten said: “Invasive alien species impact numerous areas of our daily lives such as healthcare and animal health, crop yields, damage to infrastructure, damage to the navigability of rivers, and damage to protected species.”

“It is the responsibility of all of us to ensure we take all appropriate steps to minimise their spread,” he added.

At the launch, the importance of prevention of aquatic species such as freshwater invaders from the Ponto-Caspian region was highlighted, and well as the need to push for better coordination with countries on the continent to reduce the risk of invasion.

Help stop the spread of non-native invasive freshwater plants and animals in Ireland.

Invasive species can have a damaging impact on native plants, animals and ecosystems – by spreading disease, competing for habitat and food and direct predation.

Plants that grow profusely can block waterways while some animals can damage riverbanks – so they also affect economic uses of our environment and add significant management costs.

As a water user, you may unknowingly be helping to spread invasive species from one water body to another in equipment, shoes and clothing.

Help stop this happening by following three simple steps when you leave the water – Check, Clean, Dry & Stop The Spread