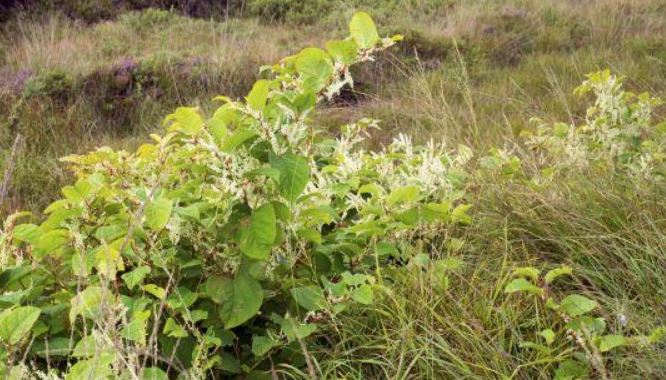 One of Europe’s most hated weeds has been spreading throughout a residential area of Dublin and is threatening to damage and devalue properties there.  The spread of the most “aggressive, destructive and invasive plant” on Dublin City Council-owned land in Stoneybatter near the Phoenix Park has sparked concern among local homeowners.

The council has begun spraying Japanese Knotweed on the O’Devaney Gardens site off the North Circular Rd but it has warned local homeowners they will have to pay private contractors to tackle the weeds on their own properties.  The costs associated with such treatments can run to hundreds of euro. It can take several years before the problem weed is eradicated and unless there is a concerted and coordinated approach it can easily grow back. Its presence can make it difficult – if not impossible – to sell a property or secure a mortgage on one.

One Stoneybatter resident whose home backs on to the O’Devaney Gardens said the weed had started coming through the boundary walls of the cottage she bought just six months ago.  After researching Japanese Knotweed, she was horrified to learn how easily it could push through concrete and foundations and “how quickly it can spread, how it can devalue a property, and how treatment can be a lengthy and costly”.

The plant was introduced to Ireland as an ornamental perennial in the 19th Century but its deep and extensive root system which can undermine building foundations and roads saw it become one of Europe’s most hated weeds.  Killing it is notoriously difficult and can require repeated treatment over several growing seasons. Spraying is often considered insufficient and the roots need to be injected with weedkiller. It thrives on disturbance and can easily take over environments where soil is disturbed and transported. It is a “controlled waste” under Irish Environmental Protection legislation and must be disposed of at licenced landfill sites.

When she realised what was growing through her walls, the Stoneybatter resident contacted Dublin City Council who told her that “as far as my property is concerned it has nothing to do with the council even though the weed has come on to her property from council land.  The matter is to be raised by councillors at a meeting with officials on Monday. And in a mail to residents, local Labour politician and former junior minister Joe Costello said that while the weed was a real problem and “spreading rapidly” the authorities “have no coherent policy for dealing with it”.  He said the Council would only deal with the growth on its own lands leaving owners of private property to deal with growth on their property. He called on Dublin City Council to deal with Japanese Knotweed growth identified on streets in Stoneybatter and on the Drumalee council nearby.

A Dublin City Council spokeswoman told The Irish Times the authority was “aware of the problem and said “appropriate professional staff are assessing the situation and developing solutions to treat the weed in an appropriate manner.”  She said weeds growing in private or rented houses “would be a matter for the landlord or tenant” and played down concerns that planned building works on O’Devaney Gardens site could exacerbate the problem saying that the Council has “experience in the remediation of Japanese Knotweed and does not foresee any delay in the proposed building works on site”.