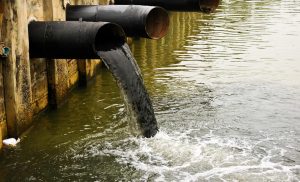 Between 2010 and 2019, industrial releases to Europe’s water bodies of pollutants that are damaging to human health and the environment declined overall. Releases of heavy metals declined significantly, while emissions of nitrogen and phosphorus, which cause eutrophication, declined to a lesser extent. In the same period, the economic value of industry increased by 14%, in line with the EU policy objective of supporting industrial growth while decreasing industrial emissions. However, data gaps make it difficult to assess industry’s contribution to overall water pollution in Europe.

Water is a valuable resource that is under pressure in Europe, with only 40% of surface water bodies being in good ecological status and 38% in good chemical status (EEA, 2019a).

Industrial activity leads to the release of pollutants to water, including total organic carbon (TOC) and compounds that contain nutrients such as nitrogen and phosphorous, which can cause eutrophication, and heavy metals such as Cd, Pb, Hg and Ni, which also have detrimental impacts on the environment and human health.

Overall, industrial releases to water were lower in 2019 than in 2010: emissions of heavy metals (Cd, Hg, Pb and Ni) decreased significantly, largely as a result of decreasing releases of Pb, and emissions of nitrogen and phosphorus also decreased, although to a much lesser extent. This partly reflects the positive influence of European policy and improved pollution abatement technology on industrial emissions to water. These emission reductions were achieved despite a 14% increase in the value that European industry generated for the economy, measured as gross value added, indicating that, although European industry is growing, it is becoming less emission intensive, in line with the objectives of the EU industrial strategy (EC, 2020).

Industrial emissions to water are reported under the European Pollutant Transfer and Release Register (E-PRTR) (EEA, 2019b). Although this covers the 45 substances included in the WFD’s list of priority substances, the data quality and consistency of reporting across countries are sufficient for only a small selection of water pollutants, which does not include numerous organic pollutants, pesticides and emerging compounds, such as pharmaceuticals and microplastics. Improving and widening the scope of reporting to the E-PRTR would allow for a more meaningful analysis of the impacts of industrial emissions on Europe’s water bodies (EEA, 2019a).

Industrial releases to water are very complex, with different underlying environmental issues at stake. Total organic carbon (TOC), nitrogen and phosphorus are three key parameters of overall pollution in water releases, with a focus on the impact these pollutants can have in the functioning of water ecosystems, particularly the above mentioned eutrophication phenomenon.

As the table in Figure 2 shows, progress across countries in containing these releases is mixed in terms of percentage change between 2010 and 2019. While this reflects, in certain instances, better monitoring of releases, it confirms the remaining need to better treat these releases in line with the objectives of EU water policies.

Heavy metals have been included in the table as they are a good proxy of heavier industry releases of a more toxic nature. Waste water treatment infrastructure is generally not designed to address these pollutants and, therefore, they indicate industrial emissions that were not sufficiently abated at source. Reporting to the European Pollutant Release and Transfer Register indicates a general consistent progress across countries, with some exceptions, as the table depicts. However, more efforts are needed to contribute to improving the ecological and chemical status of European water bodies.