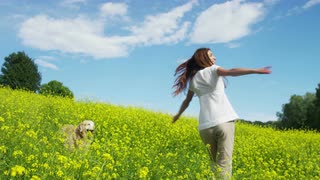 Ireland is implementing the EU Clean Air Package which contains a suite of policies and legislative proposals to update and modernise EU clean air legislation. This will reflect improved scientific knowledge and understanding of the health and environment impacts of air pollution. The Clean Air Programme for Europe describes the problem. It sets out new interim objectives for reducing health and environmental impacts up to 2030.

The main components include:

The Clean Air Package should deliver major benefits across the EU by 2030, including to:

Revised targets for national emissions
The main legislative proposal is the revision to the NEC Directive which sets new national targets for 2020 and 2030 for the most important priority air pollutants. It was was formally adopted at the end of 2016. It sets tighter limits for 2030 for five air pollutants – particulate matter (PM10 and PM2.5), sulphur dioxide (SO2), nitrogen oxides (NOx), ammonia (NH3) and volatile organic compounds (VOC).

The aim of the revised directive is to cut the negative impacts of air pollution on human health by almost half by 2030. Reducing levels of illness, including respiratory and cardiovascular diseases, and premature death is the main priority. The directive is the central element of the EU Package. Developing a national approach to implementing and delivering these targets will be a central consideration of the national Clean Air Strategy.

Identified major pollutants
The EU has identified the main air pollutants and their sources. The burning of fossel fules is the main cause of air pollution. Examples include, solid fuel for home heating or for the provision of energy in industry, transport and power generation, as well as agricultural activity.

The major air pollutants are:

Particulate matter (PM) is a general term for very small particles in the atmosphere. PMs are emitted by road vehicles, shipping, power generation and households, and from natural sources such as sea salt, wind-blown soil and sand. It can cause ill health, contributing to respiratory disease, cardiovascular disease, and lung cancer. Particulate matter has two categories depending on it size.

Ground-level ozone (O3) is a secondary pollutant produced by complex chemical reactions in sunlight. It can decrease lung function, aggravate asthma and other lung diseases. It also causes damage to agricultural crops, forests, and plants, by reducing their growth rates.

Sulphur dioxide (SO2) is emitted by power generation industry, shipping and households. It harms human health and contributes to acidification of soils and inland waters.

Nitrogen oxides (NOx) are emitted by road vehicles, shipping, power generation, industry and households. Like SO2, they harm human health and contribute to acid rain.

Ammonia (NH3) is emitted by activities linked to manure and fertiliser management and use in agriculture. It harms human health; being a building block for secondary PM, and contributes to acidification and eutrophication. Estimates indicate that up to 15% of PM2.5 in Ireland is derived from ammonia from agriculture.

Volatile organic compounds (VOC) are emitted from solvents in products and industry, road vehicles, household heating and power generation. VOCs are the key component in the formation of ground-level ozone.

Methane (CH4) is emitted by natural sources such as wetlands. Human activities such as agriculture, leakage from natural gas systems and the raising of livestock also produce methane. Methane is a key building block in the formation of ozone, a powerful greenhouse gas.

At the International level cooperation takes place under the 1979 UNECE Convention on Long-Range Transboundary Air Pollution (CLRTAP), which has a number of legally binding protocols.

The Gothenburg Protocol to Abate Acidification, Eutrophication and Ground-level Ozone