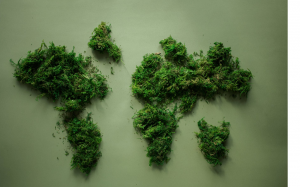 Impact of land use on vegetation productivity in Europe

Ecosystem degradation threatens biodiversity and resilience to climate change, and tackling it is a major goal of EU environmental policy. Vegetation productivity is a key indicator of ecosystem condition and can be used to monitor the effects of climate, land use and land use change. From 2000 to 2016, productivity in Europe showed a regional pattern of increase and decline, driven in part by climatic variation, but most notably by land use change. Agricultural land management and converting land for agriculture drove productivity increases, whereas urban sprawl caused declines.

Intensive land use and land use change as a result of human activities cause ecosystem degradation, with loss of vegetation cover and biomass productivity. This is a major threat to the provision of ecosystem services, biodiversity and resilience to climate change and natural disasters, as recognised by the EU’s Seventh Environment Action Programme (7th EAP). The 7th EAP also recognises that, to inform approaches aimed at restoring and maintaining ecosystems, monitoring ecosystem condition is essential. Vegetation productivity indicates both the spatial distribution and the condition of vegetation cover and can therefore be used to assess the condition of ecosystems.

Between 2000 and 2016, vegetation productivity changed significantly across Europe. Sprawl of industrial and commercial sites was the most significant cause of declining vegetation productivity in Europe between 2000 and 2016, causing a 33% decline over 3,500 km2. The sprawl of mines and quarrying areas (over 2,100 km2) and of transport networks (covering 1,300 km2) caused a productivity decline of between 25% and 30% over the 17 years. All these processes, including construction sites and urban diffuse residential sprawl, destroy vegetated surfaces and, in the worst case, replace them with sealed areas, causing land degradation, increasing flood impacts and urban heat island effects and contributing to less carbon sequestration. Recycling of developed urban land also caused a decline in vegetation productivity (13%), although these processes reuse already developed lands and hence are better choices in terms of sustainable urban land management.

Forest creation and afforestation resulted in a 55% productivity increase, which had a positive impact on biodiversity and carbon sequestration. This land use change, however, only affected 3,600 km2, or fewer than 212 km2 a year in the entire territory of the EU-27 and the United Kingdom. Conversion from developed areas to agriculture — a land recultivation process that decreases land takeand increases land use efficiency — created 50% more vegetation productivity but only over a total of 570 km2.

Converting semi natural lands to agriculture increased land productivity by 50%. However, this process destroys habitats and can be considered land degradation. Crop rotation increased productivity in the same way and over a comparable area (ca. 13,00 km2). This is mostly due to the intensive management of agricultural fields, which, in the long term, leads to land degradation due to the depletion of soil resources.