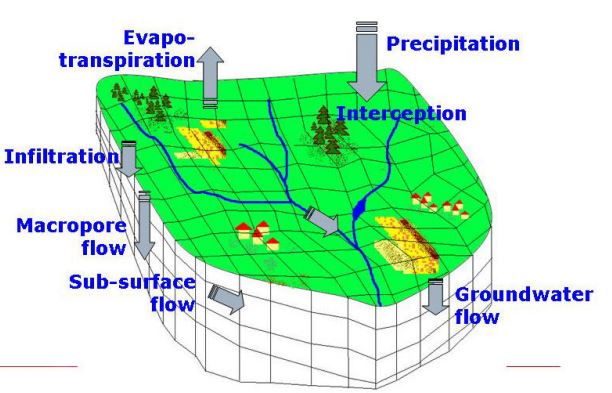 In this work, an assessment of the impacts of climate change on Europe’s water resources has been performed, focusing on the effects of 2°C warming.

Climate projections from 1981-2100 were run through a distributed hydrological model assuming constant land use and water demand (year 2006). In this study, the 2°C warming period of five climate change projections was analysed. As a consequence of a 2 degree climate change, it is expected that – except for the Mediterranean region – precipitation will increase in most parts of Europe with the highest values over the Alps and Eastern Europe.

These increases in precipitation are most likely linked to the increase in temperature which triggers more convective storms in the summer months. The observed consequences of a 2 degree climate change for the river flow and extreme events – floods and droughts – are:

The impact of climate change on groundwater resources shown in the LISFLOOD model estimates of groundwater recharge change under a 2 degree climate, shows a decreasing trend for Ireland.

Groundwater recharge or deep drainage or deep percolation is a hydrologic process where water moves downward from surface water or groundwater. Recharge is the primary method through which water enters an aquifer.