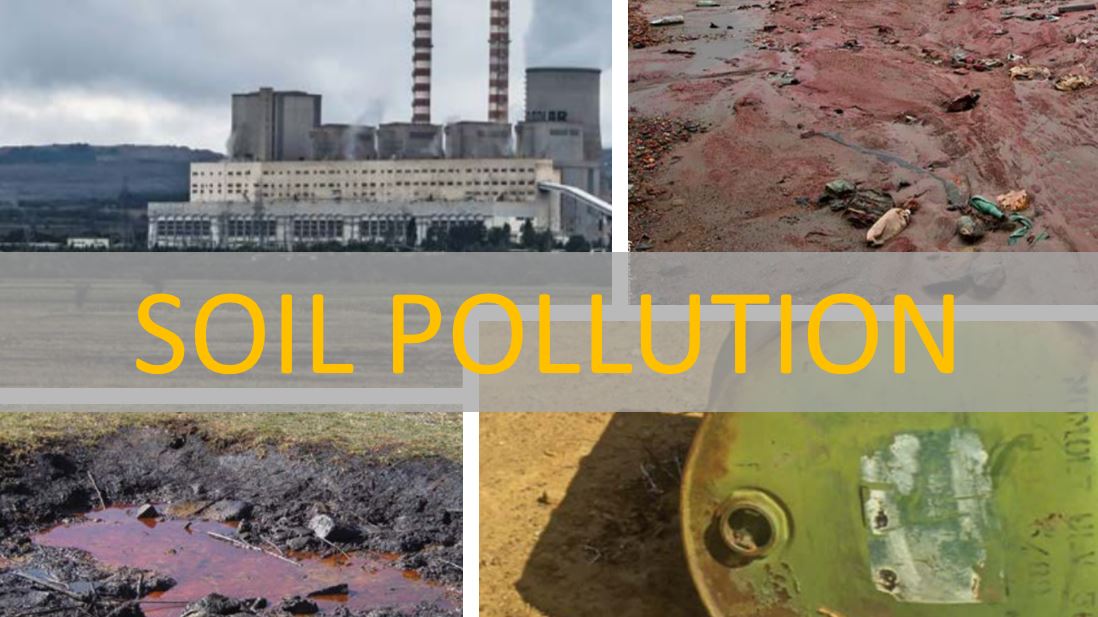 There are approximately 3 million potentially polluted sites in the European Economic Area and the West Balkans.

Soil pollution poses a worrisome threat to agricultural productivity, food safety, and human health, but far too little is known about the scale and severity of that threat, warns a new FAO report released on 2nd May in Rome.

Industrialization, war, mining and the intensification of agriculture have all left a legacy of soil contamination across the planet, while the growth of cities has seen soil used as a sink for ever greater amounts of municipal waste, says Soil Pollution: A Hidden Reality.

“Soil pollution affects the food we eat, the water we drink, the air we breathe, and the health of our ecosystems,” said FAO Deputy Director-General Maria Helen Semedo at the start of the symposium. “The potential of soils to cope with pollution is limited; the prevention of soil pollution should be a top priority worldwide,” she added.

But even though agricultural intensification, industrial output, and urbanization continue at a rapid pace, no systematic assessment of the status of soil pollution at global level has ever been undertaken, FAO’s new report notes.

Studies conducted so far have largely been limited to developed economies, so there are massive information gaps regarding the full nature and extent of the problem, according to FAO’s survey of existing scientific literature.

What little we do know is cause for concern, the report adds. 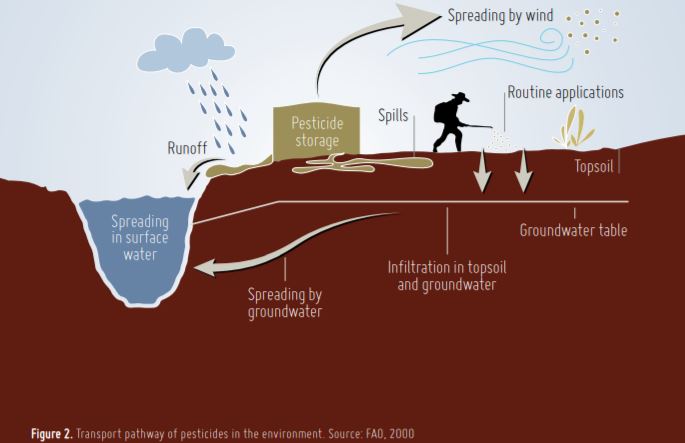 For example, in Australia, some 80,000 sites are now estimated to suffer from soil contamination. China has categorized 16 percent of all its soils — and 19 percent of its agricultural soils — as polluted. There are approximately 3 million potentially polluted sites in the European Economic Area and the West Balkans. In the United States, 1,300 sites appear on that country’s Superfund National Priorities list of pollution hot spots.

Numbers like these help us understand the types of dangers pollution poses to soils, but “do not reflect the complete extent of soil pollution around the world, and highlight the inadequacy of available information and the differences in registering polluted sites across geographic regions,” says Hidden Reality.

The report was released today at the start of a three day-long symposium at FAO headquarters, during which experts and policymakers will discuss the threat of soil pollution and begin mapping out a more cohesive international response.

Danger to food and health

It impacts food security both by impairing plant metabolism and thus reducing crop yields, as well as by making crops unsafe for consumption. Pollutants also directly harm organisms that live in soil and make it more fertile.

And of course soil contaminated with dangerous elements (for example, arsenic, lead, and cadmium), organic chemicals like PCBs (polychlorinated biphenyls) and PAHs (polycyclic aromatic hydrocarbons) or pharmaceuticals such as antibiotics or endocrine disruptors pose serious risks to human health. 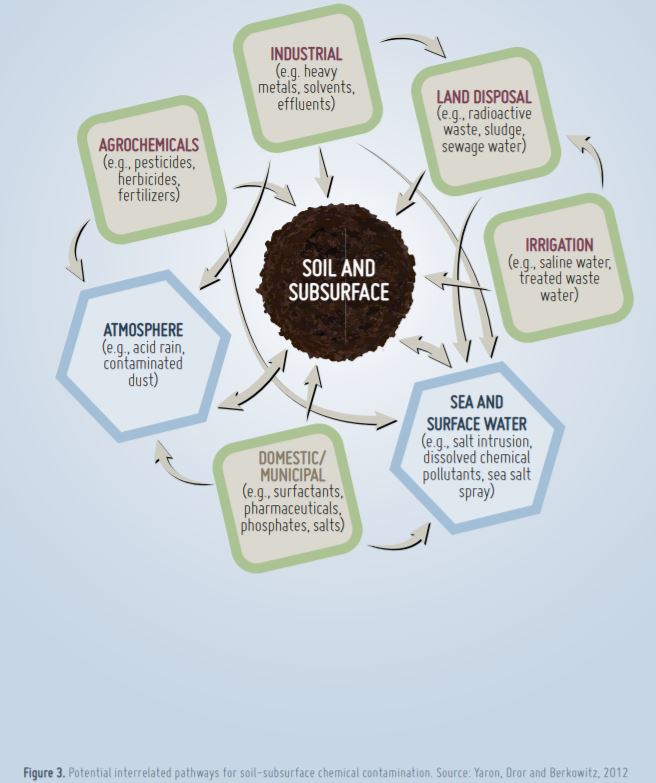 By far, most soil pollution is due to human activities.

Industrial activities including mining, smelting and manufacturing; domestic, livestock and municipal wastes; pesticides, herbicides, fertilizers used in agriculture; petroleum-derived products that are released into or break-down in the environment; fumes generated by transportation — all contribute to the problem.

So-called “emerging pollutants” are also a growing concern. These include pharmaceuticals, endocrine disruptors, hormones and biological pollutants; “e-waste” from old electronics; and the plastics that are nowadays used in almost every human endeavour.

(Almost no science on the fate of plastics in soils exists, observes Hidden Reality, while most e-waste continues to be disposed of in landfills rather than recycled.)

FAO’s report is a synthesis of existing scientific research on soil pollution.* Noteworthy facts and figures from that research include: