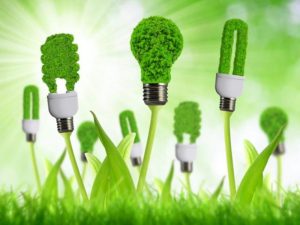 Regulators will cut the green energy tax on families and employers by one third – to €4.30 a month in the case of households – from October.  The Commission for Regulation of Utilities (CRU) imposes a public service obligation levy on all electricity users in the State to fund the guaranteed prices paid to wind farms and other renewable energy generators.  The commission confirmed on Tuesday that it was cutting the charge on households by 34 per cent to €4.30 a month from €6.52, beginning on October 1st. Small businesses will see their levy fall by 36 per cent to €13.63 a month from €21.41, also from the beginning of October.

Large energy users, manufacturers, big businesses, hospitals and other organisations, will get a 41 per cent reduction in their levies.

The regulator does not impose a set levy for this group, instead each organisation pays according to the amount of electricity they use. Over the 12 months from October 1st, large energy users will pay €123.76 million of the €263.7 million that the CRU calculates it will collect from the levy.

Households will pay €111.75 million while small businesses will contribute €28.2 million.

The CRU is cutting the levy as market prices are rising. The charge is imposed to bridge the gap between the market price and the sums guaranteed to renewable energy generators under various Government schemes.

Rising energy costs mean that this gap is smaller than last year, when the total levy was set at €305 million. The PSO levy is not applied to gas bills although here there is the Carbon Tax, which adds around €76 a year to the average annual bill.  The commission points out that the levy is a result of Government policy. Legislation governs how it is calculated and collected. Aoife MacEvilly, CRU chairwoman, acknowledged that many families’ electricity bills have increased this year.

Electricity and natural gas suppliers in the Republic increased their charges by up to 22 per cent in recent months as demand drove up wholesale prices.

Consumer website bonkers.ie said the levy reductions were “somewhat of a hollow victory for consumers” as it is happening only because of the jump in energy prices this year.  “To put things into perspective, recent price increases have added around €300 to the average household’s annual energy bills,” said Daragh Cassidy, spokesman for bonkers.ie.

Ms MacEvilly urged customers to look at switching to save money. Mr Cassidy said that, despite the rising prices there was still huge competition among suppliers for new customers.  “At the moment, someone who is paying standard rates and who switches supplier could save themselves over €500 a year on average,” Mr Cassidy said. “It’s super quick and easy to switch and can all be done online in the space of a few minutes.”

Verde Environmental Consultants have delivered bottom-line benefits to a wide range of clients, managing energy and utility spend for companies of all sizes – across many sectors. Whether you want help with developing risk management strategies, portfolio management, carbon emissions reduction, reporting, forecasting or energy contract management, you can rely on us. Our suite of integrated services delivers added value to our clients by helping them use energy more effectively, sustainably and, most importantly, profitably.