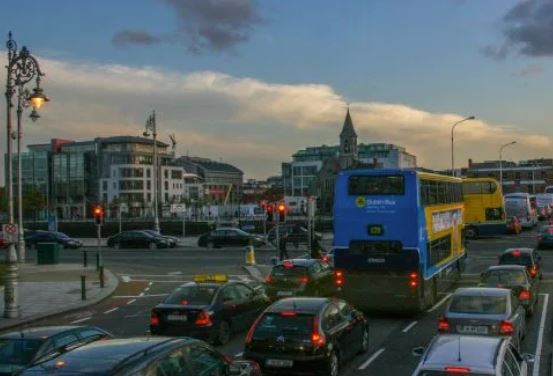 The Government has been urged to start a ‘Green Dublin’ campaign to improve air quality in the capital.  Calls have come as the Environmental Protection Agency warned that increased traffic is dangerously polluting air.

The Davitt Road area in Dublin 12 has recorded 15 air quality warnings so far this year followed by 12 in Ringsend and 11 in Blanchardstown near the M50.  Two breaches were even recorded in the Phoenix Park which is one of the greenest areas in Dublin.

In a statement to the Irish Sun, the EPA said traffic volumes in Dublin caused a rise in the number of breaches this year along with weather conditions that brought more pollutants to Ireland from abroad.  The group also attributes part of the spike to an increase in the number of monitoring stations that have been introduced as part of the National Ambient Air Quality Monitoring Programme and warns pollutant particles in the air can cause pulmonary and respiratory issues for people who breathe them in.

The Labour Party’s Joan Burton is calling on the Government to introduce a ‘Green Dublin’ strategy to reduce traffic congestion and increase the number of trees.  “I met with the Asthma Society of Ireland and spoke about this. People with asthma are among the worst affected. Essentially what we need to do is green Dublin.  Bus Connects have come up with some good ideas but they’re proposal for large scale downing of trees is just not acceptable.  In air pollution terms it would be a disaster. We can’t afford to be cutting down trees. We need a comprehensive greening programme for Dublin and particularly around busy roads. We need a green scheme councils can work with residents associations on.”

Fianna Fail’s Dublin spokesman John Lahart said the Government has done next to nothing to combat Dublin smog.  “If you go up to the Dublin Mountains and look at the city, you can see the outline of the M50 as it snakes around the city.”

The Department of Climate Action and Environment said in a statement that they are working on a National Clean Air Strategy which will be an all government response to air pollution.

Verde Environmental Consultants provides a wide range of environmental air quality monitoring and management services and can provide for either short-term representative sampling or long–term monitoring depending on project types. More up to date monitoring options involve the installation of continuous air monitoring equipment connected by telemetry to a remote desktop.  Verde can set up options for text or email alerts to be received when certain “trigger” levels are exceeded.  All data will be stored in a cloud based database where real–time data access will enable prompt resolution of any potential non-compliances, as well providing proof to regulators or other stakeholders that the required standards are being complied with.