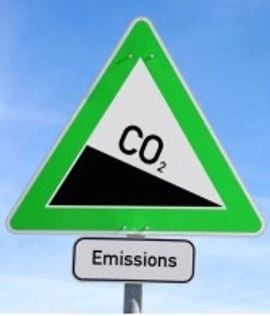 Friends of the Earth has called on the Government to include the carbon tax in a series of decarbonisation measures rather than increasing it as a stand-alone policy.  The organisation is urging the Government to take the lead on cutting emissions and making less polluting choices affordable and accessible for people.

The call comes as Fine Gael party meets on Monday to review a range of options on carbon tax, and Minister for Climate Action Richard Bruton holds a consultative forum on his proposed new all-of-Government climate action plan this week.  In addition, the special all-party Oireachtas Committee on Climate Action is finalising its report by the end of the month and attempting to forge consensus on the approach to scaling up the tax.

Friends of the Earth (FoE) director Oisín Coghlan warned: “The carbon tax won’t work if people feel the Government is pushing responsibility for climate action onto individuals. The Citizens’ Assembly was crystal clear that people want to see the Government take the lead.”  He added: “It’s not enough that the tax itself is done in a progressive way that protects the vulnerable; the Government has to make less polluting choices as affordable and accessible for people as possible, and it has to be seen to be doing that before the carbon tax starts to rise.”

FoE outlined details of what it believed should be in a “green new deal” – 12 measures it said would enable people and communities to drive a just transition to a zero-carbon future.  These include an Special Saving Incentive Account-style scheme for insulating homes; an energy agency for every county based on the successful model in Co Tipperary, solar panels for every school and a payment for the solar power that communities and farmers supply to the grid.

On public transport, it recommends introducing low or zero fares for buses, trams and trains, and new investment in public transport, cycling and walking.  “We support the Government’s suggestion of a ‘carbon tax-and-refund’ scheme where the increase in the carbon tax would go straight back to people as an equal lump sum ‘cheque-in-the-post’,” Mr Coghlan said.  “Less well-off households spend less on average than richer households on polluting goods so they end up a little better off under a carbon tax-and-refund scheme,”Mr Coghlan said.  “We all still face a price signal – polluting products get more and more expensive, and you will save money if you choose the a less polluting option, but as we make the transition we protect those most vulnerable and those for whom the less polluting choices are not readily available.”  The key, however, was for Government to lead on making less polluting choices accessible and affordable for people, he said. “That’s what a green new deal can do.”

1. An SSIA-scheme for insulation
Upgrade at least 100,000 homes a year between now at 2030. Householders are going to have to invest themselves, but the State has to make it attractive. For every €4 you invest in retrofitting your home the State should give €1.

2. A ‘Tipperary Energy Agency (TEA) for every county’
Householders need project management support to figure out what they need to get done and what contractor to trust to do it and at what price. TEA has built capability for doing this in a way that appeals to people (it’s about warmer homes, with healthier air and lower bills as much as lower emissions).

3. Every new house must be zero carbon
Houses last for a 100 years. We need cut our emissions in half by 2030 and to net zero by 2050. Given how leaky and polluting current housing stock is every new house from now on has to be zero carbon. New homes become warmer, healthier, cheaper to run and future-proofed.

5. Unlock the rooftop revolution
Every school should have solar panels on their roofs generating electricity and generating income. So should parish halls, sports clubs and farm buildings. This is happening across Europe but not here because you have to give away any power you don’t use to the ESB for free, so it doesn’t make economic sense to invest. This would put citizens at the heart of the energy transition, something that’s done by and with them – not to them by large companies making a killing.

6. Just Transition Taskforce
When a US multinational closes a factory, the Government sets up a taskforce to help workers find new jobs. Ireland has known for 20 years it has to stop burning coal and peat for electricity. A Just Transition Taskforce, with representatives from unions, the ESB and Bord Na Móna, all State agencies, NGOs like Irish Rural Link and local community development representatives is needed.

7. Leave Moneypoint offline
The ESB’s only coal-fired power plant, Moneypoint, was not operational for much of last year due to a forced outage. The lights stayed on, proving we don’t need to burn coal even during peak winter demand. Consideration should be given to leaving Moneypoint offline. Coal provided just 12 per cent of our electricity in 2017 but over 29 per cent of our climate pollution from electricity.

8. Stop burning peat
Peat is worse, providing just 7 per cent of our electricity but producing 20 per cent of our pollution. We’ve been subsidising that to the tune of more than €100 million a year. That subsidy ends in 2019, but Bord na Móna wants to keep burning peat for another 10 years. And it wants to grab a chunk of subsidies for wind and solar to make it economically viable, by co-firing its power plants with wood. We should just stop burning peat in 2020 and use the subsidies we save to support the affected workers and communities.

Reduce bus, tram and train fares to make them more accessible and attractive. Ireland has one of the lowest public transport subsidies in Europe. Luxembourg recently became the first country to announce all public transport will be free from 2020. In 2007 the Labour party proposed a €1 flat fee for all bus fares in Dublin.

10. Carbon Budgets
The new climate and energy plan should come with two five-year carbon budgets, voted on by the Dáil. That’s the total amount of pollution Ireland will emit from 2021-2025 and 2026-2030. Departments then negotiate within that for their share of the pie, just like the fiscal budget and implement policies to stay within their budget. Currently there’s nothing to translate national targets into departmental discipline.

11. Carbon Impact Assessments
No Government policy that might affect emissions should be adopted by Cabinet in the dark. They should run the numbers and estimate how much emissions will go up or down. That assessment should be in front of Cabinet when they make the decision and should be published when they announce any new policy, plan or programme. These policy instruments ensure all departments, sectors and policies have to have emissions reductions as an absolute priority from now on.

12. A cheque in the post
The price on carbon, in line with polluter-pays principle, must be increased. It will give a steady signal every time we have a choice, choosing the less polluting option will save money, as will investing in energy saving.

A “tax-and-refund” scheme, where the increase in the carbon tax would go straight back to people as an equal lump sum “cheque-in-the-post”, works. If you spend less than the average person on polluting things you end up with a cash bonus. If you spend more on polluting things, you end up out of pocket. This incentivises and accelerates adoption of every other solution by households and businesses.

In budget 2020, the Dáil should vote for an €20 increase in the carbon tax from January 1st 2020, and for a €5 increase every year after that. Citizens should all get our first carbon tax refund cheque in the post, on the same day we start paying the increased rate.

Verde Environmental Consultants represent a range of licenced companies from smaller Irish companies to large multinationals in the pharmaceutical, food, manufacturing, extraction and waste sectors with their IE (industrial emissions) Licence applications.  We assist our clients to collate information required by the Environmental Protection Agency (EPA) during a licence application/ amendment process.