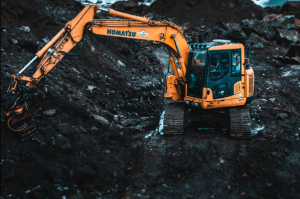 Soils extracted from construction sites are by far the biggest source of waste produced in Europe every year – five times the amount of household waste – yet governments are turning a blind eye to the issue.  Most people tend to associate waste with household trash piling up in the streets or in landfills. Yet, according to Eurostat, excavated soils are the biggest source of waste across Europe in volume.  “For example, in France, it’s 150 million tonnes produced every year,” said Emmanuel Cazeneuve, founder and CEO of Hesus, a French start-up dealing with the management and disposal of construction waste.  “It’s five times the volume of household waste,” he remarked, saying most countries around Europe probably have proportionally similar figures.

Excavated soils are currently considered waste under EU law and are therefore disposed of in landfills. Yet, 80% of those soils are not contaminated and could be safely reutilised elsewhere if a proper traceability system was put in place, Hesus says.  “We don’t have a clear picture on this at European level because of the lack of traceability,” Cazeneuve told EURACTIV. “Today, it is not easy to know the precise volume of excavated soils produced in France, Germany or Poland, because the databases do not exist” or the figures are drowned in industrial waste statistics, he said.

Moreover, there are hardly any checks at disposal sites, which leaves the door open to illegal dumping of contaminated soils coming from old industrial grounds. For instance, “in France, there are currently no checks carried out on excavated soils disposed in landfills,” Cazeneuve said.

As a result, no one knows for sure where excavated soils are being disposed, leaving a major blind spot in Europe’s efforts to tackle pollution and promote a circular economy. “Some homes or infrastructure were built on polluted land. And so today we face potentially preventable health scandals. This is why it will become a real issue at the European level,” Cazeneuve said.

At the EU level, policymakers are only starting to grasp the issue. In its circular economy action plan published in March last year, the European Commission singled out construction waste among the seven sectors requiring urgent attention from policymakers, alongside electronics, packaging, plastics, textiles and others.

Promoting “the safe, sustainable and circular use of excavated soils” is mentioned in the plan as part of a list of actions the EU executive is pledging to take. A strategy for a “sustainable built environment” will be tabled later this year but it is not yet clear if it will include a traceability obligation for excavated soils.

In the majority of construction projects, there is generally a requirement to excavate soils, which in most cases are considered a waste under Irish waste legislation. As a result, careful consideration and assessment is required to classify the soils and to determine appropriate disposal and potential re-use options. Verde routinely assist design teams and contractors to manage soil disposal in accordance with the appropriate legislation and the ever changing disposal/treatment options.  Verde undertake characterisation of soils as required by landfill regulations. We undertake the necessary sampling to assess whether a waste is classified as hazardous or non-hazardous. Our specialists are trained in the use of the appropriate classification tools and have an in-depth knowledge of the relevant legislation and guidance, which allows them to guide clients in establishing cost effective and sustainable soil management solutions and can give guidance on the recently published EPA Guidance on waste acceptance criteria at authorised soil recovery facilities.