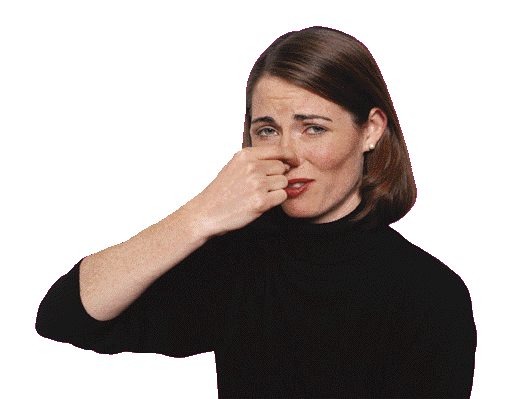 Together with my colleagues at the Centre for Climate and Air Pollution Studies at NUI Galway and the EPA in Ireland, we are pioneering the national next-generation air pollution monitoring network. This network includes aerosol mass spectrometers to measure aerosol composition and, more importantly, sources of particulate matter.

We have developed mass spectral fingerprints for all solid fuel types used in Ireland to enable sophisticated source apportionment of the main culprits contributing to the city’s air quality.

In fact, the network revealed that from rural towns to the biggest cities, the most extreme air pollution events result from residential peat/wood burning. This exceeds World Health Organization guideline limits by a factor of 15 and, while only accounting for a minor part in the energy budget, [they] are responsible for around 70pc of the pollution.

These pollutants lead to severe health problems arising from aerosol toxicity, which is expected to enjoy a similar disproportionality, making the connection between the pollution sources and harmful impact extremely challenging to unravel. Moreover, addressing these threats requires a co-benefit air and climate philosophy, in contrast to the current one-sided promotion of solid biomass fuels, all of which reduce greenhouse gas emissions at the expense of clean air and human health.

Atmospheric aerosol particles – also known as particulate matter – are central to the cause of the two greatest threats to human security: air pollution and climate change. The most toxic particulate air pollutants – organic matter and black/brown carbon – also act as climate forcers, second only to CO2.

Moreover, aerosols and clouds cause the largest uncertainty to estimates and interpretations of the Earth’s changing energy budget. The complexity, however, associated with elucidating the specific organic matter and black/brown carbon sources responsible for maximum air pollution levels, health toxicity and cloud formation is unrivalled compared to other pollutants.

In order to understand the symbiotic relationship between air quality, climate change and associated health impacts, we need to know and quantify air pollution sources and chemically specify the culprits.

In addition to the common challenge of the long-term sustainability of the science based on short-term research contracts, a specific struggle is to quantify the effects of such small particles on climate and human health. Typical aerosol particle sizes that we look into are well below one micrometre in diameter, while in comparison human hair is around 70 micrometres.  Moreover, concentrations of natural particles are very low and, while they still have a significant effect on climate due to vast areas covered by oceans, it is a real struggle to measure them with conventional instrumentation. We need sophisticated, expensive instruments that take time to manage – thus, the issue of the short-term contracts is even more pronounced here.

When I mention that I work in aerosol science, people who are not familiar with the area often think that this is a discipline about spray cans, when in reality it is learning about tiny particles or droplets suspended in a gas.

These particles have a huge impact on climate and human health, but are so tiny that we cannot see them with the naked eye. Every breath we take contains some amount of the aerosols; their size and chemical composition determine how dangerous they are.  The size and chemical composition will also matter for aerosol-light or aerosol-cloud interactions, and thus climate effects, as without aerosol particles there would be no clouds in the atmosphere.

At the moment, we think of air quality as thresholds and exceedances of limits derived for mass concentrations, while in reality the health effects depend on aerosol toxicity and physiochemical properties. Hence, I plan to focus more on the health effects of the particulate matter.  Knowing sources and chemically specifying the culprits is the first step in the ultimate goal of mitigating the impact of air pollution on human health. Different compounds can have distinct health effects. Thus, toxicity assessments should be done for individual species or mixtures, or, in case of complicated organic mixtures, for distinct emission sources. For this reason, our next goal is to relate the sources we have identified with their toxicity and health effects.

Interview with Dr Jurgita Ovadnevaite is a postdoctoral researcher at the SFI MaREI centre at NUI Galway who is attempting to better understand air pollution. After graduating from Vilnius University in Lithuania in 2001, Dr Jurgita Ovadnevaite received her PhD in natural sciences in 2007. She then moved to Ireland to study marine aerosols and their effects on cloud formation by deploying advanced aerosol chemical characterisation methods at Mace Head Atmospheric Research Station.

She is now an activity leader on a number of major EU, European Space Agency and Irish Environmental Protection Agency (EPA) initiatives as a postdoctoral researcher at the Science Foundation Ireland research centre for Marine and Renewable Energy (MaREI) at NUI Galway.