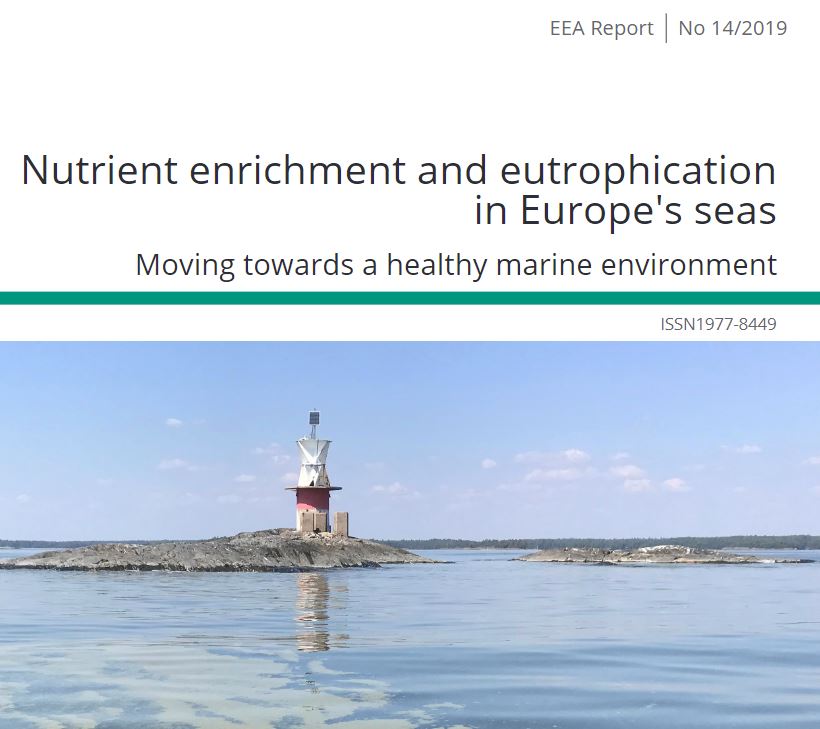 The EEA assessment ‘Nutrient enrichment and eutrophication in Europe’s seas’ explores whether Europe has been able to reverse eutrophication trends in its regional seas. The assessment is based on publicly available monitoring data, primarily collected in the context of the Water Framework Directive, the Marine Strategy Framework Directive and Regional Sea Conventions.

The EEA report shows that 2 400 000 km2 of Europe’s seas have been mapped for eutrophication. However, the coverage of the assessed area varies significantly among regional seas with 99 % coverage in the Baltic Sea, 27 % in the North-East Atlantic, 9 % in the Black sea, and only 4 % in the Mediterranean Sea.

According to the EEA assessment, about 563 000 km2 (or 23 %) of these areas have a eutrophication problem, including areas in all regional seas. The situation is worst in the Baltic Sea where 99 % of the assessed areas suffer from eutrophication, followed by the Black Sea’s 53 %. Based on the assessments, eutrophication is also present in parts of the North-East Atlantic (7%) and in some coastal areas in the Mediterranean Sea (12 %), mainly close to densely populated coasts or catchments that are downstream from agricultural activities.

Overall, Europe’s regional seas are slowly recovering from eutrophication, mainly due to efforts to reduce nutrient inputs over the past decades. Reducing nutrient inputs is embedded in several EU policies but these targets remain unlikely to be met within the agreed time frame for all of Europe’s seas.

The EEA assessment states that to achieve the policy vision of a healthy marine environment in all Europe’s regional seas, further reduction of nutrient inputs is needed in the most sensitive areas, together with consideration of the effects of climate change.

Urbanisation and agricultural changes starting in the 1950s have led to pollution from excessive nutrients (i.e. nutrient enrichment, mainly with compounds of nitrogen and phosphorus). This type of pollution is called ‘eutrophication’ and is a major concern. This term has its root in two Greek  words: ‘eu’, which means ‘well’, and ‘trope’, which means ‘nourishment’. Several definitions exist, most of which are widely used, but for some reason neither the EU Water Framework Directive nor the EU Marine Strategy Framework Directive include specific definitions (Andersen et al., 2006).

The modern use of the word eutrophication is related to the, often negative, effects of inputs of nutrients into aquatic systems. Nutrient enrichment by nitrogen, phosphorus and sometimes organic matter can result in a series of undesirable effects. The major effects of eutrophication include changes in the structure and functioning of the entire marine ecosystem and  instability, followed by environmental problems. The reduction in ecosystem health leads to a decreased quality of ecosystem services, such as fisheries, aquaculture and recreation.