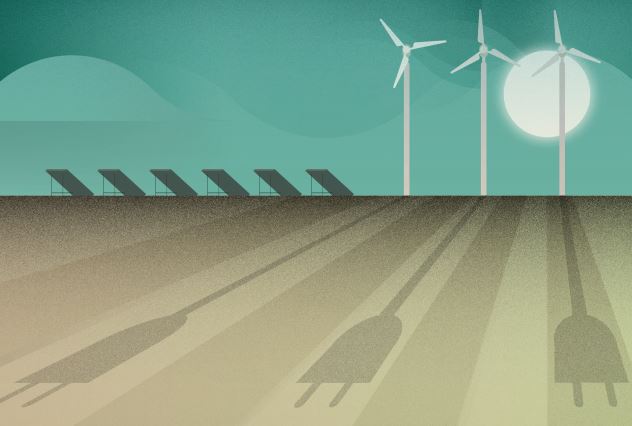 The share of renewable energy sources in the European Union’s (EU) energy use has doubled since 2005 but this growth has been slowing down in recent years, especially due to increasing energy consumption and lack of progress in the transport sector. The European Environment Agency’s (EEA) new report ‘Renewable energy in Europe — 2018’ shows that EU Member States need to step up their efforts to reach the 2020 target on renewable energy.

To meet the 2030 target, EU Member States must collectively increase the share of renewable energy sources to at least 32 % of gross final energy consumption. Currently, individual Member States’ use of renewable energy varies widely, ranging from over 30 % of gross final energy consumption in Austria, Denmark, Finland, Latvia and Sweden to below 9 % in Belgium, Luxembourg, Malta and the Netherlands, the EEA report shows.

In 2017, 85 % of all newly installed power capacity in the EU was of renewable origin, with wind power and solar photovoltaics accounting for three quarters of the new renewable power capacity. One third of all electricity consumed in the EU in 2016 and in 2017 originated from renewable sources.

According to the report, the EU is still the global leader in renewable electricity capacity per capita but China is now investing more in new capacity. The share of jobs related to renewable energy in the labour force is also progressing faster in Brazil and China than in the EU.

The increasing use of renewables has allowed the EU to cut its demand for fossil fuels and their associated greenhouse gas emissions. According to the EEA analysis, the EU’s total greenhouse gas emissions would have been about 9 % higher in 2016, and 10 % higher in 2017, if the increasing use of renewables since 2005 had not substituted 11 % of the EU’s gross inland consumption of fossil fuels over this period.

The ‘Renewable energy in Europe’ reports complement the EEA’s annual assessment of progress towards the EU’s climate and energy targets in the publication Trends and projections in Europe 2018.

Verde Environmental Consultants can help improve our client’s financial metrics by eliminating costs associated with energy by: (a) buying your energy more effectively and (b) helping you use your energy more efficiently.Verde have delivered bottom-line benefits to a wide range of clients, managing energy and utility spend for companies of all sizes – across many sectors.

Click here to see our full range of energy services.