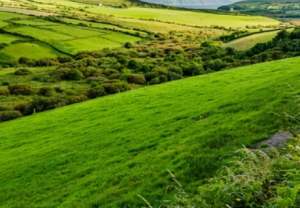 The EU Environmental Council has reached an agreement on a “partial general approach” on the proposed European climate law.  In a statement from the council today (Friday, October 23), it says that the EU is “firmly committed” to being climate neutral by 2050 and that it is pleased to announce it was able to reach agreement on “large parts” of the European climate law proposal.

Today, the council, which is made up of European environment ministers, reached agreement on a partial general approach on the proposed European climate law. The aim of the proposal is to set in legislation the objective of a climate-neutral EU by 2050, which was endorsed by the European Council in December 2019.

“While the European Council has announced that it will return to the greenhouse gas emissions reduction target for 2030 at its December meeting with a view to agreeing on a new target, it is important that we make as much progress as possible on this key piece of legislation,” Svenja Schulze, Federal Minister for the Environment, Nature Conservation and Nuclear Safety of Germany said.  “The council’s position is partial because it does not yet specify an updated 2030 greenhouse gas emission reduction target, given that “further work is needed to reach agreement among member states in this regard”.

The council has amended the part of the original proposal which would have allowed the commission to adopt, by means of delegated acts, a trajectory for achieving climate neutrality.

Instead, the council asks the commission to propose an intermediate target for 2040 after the first global stock take of the Paris Agreement.  In order to ensure that in the years to come the EU will remain “on track to achieve its climate-neutrality objective”, the council said it tasks the commission with “reporting on the operation of the European climate law within six months after each global stock take under the Paris Agreement”.

The EU environment ministers also formally adopted conclusions on the Biodiversity Strategy for 2030, endorsing its objectives today.  In its conclusions, the council calls on the commission to “integrate EU biodiversity policy objectives in relevant future legislative proposals”.

The council also reiterates the need to “fully integrate these objectives into other sectors such as agriculture, fisheries and forestry, and a coherent implementation of EU measures in these fields”.

In particular, the council welcomed the objective of creating a network of protected areas and to protect “at least” 30% of the EU’s land area.  The council said that this is “an objective to be reached by member states collectively, with all member states participating in this joint effort as well as taking into account national conditions”.  This network would be based on the Natura 2000 network and will be complemented by additional designations by member states.