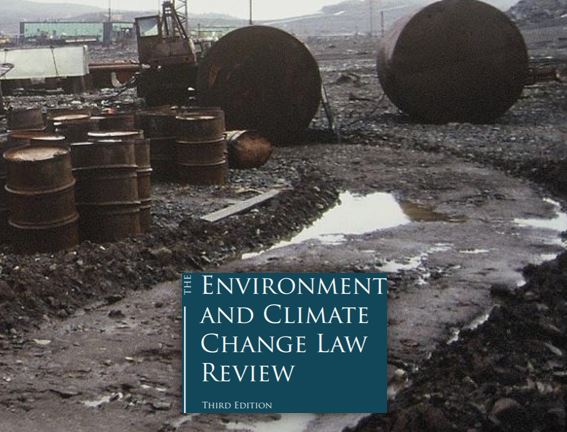 Recent initiatives include overhauling the European Union’s current environmental legislative framework ‘to make it fit for purpose’ and further encouraging ‘Green Growth’ to turn the European Union into a resource-efficient, green and competitive low-carbon economy.

The European Commission also recently announced a Plastics Strategy and proposed new rules banning or reducing consumption of single-use plastics.  The European Union is committed to its 2030 targets to cut greenhouse gas emissions by 40 per cent and to improve energy efficiency by 27 per cent.

In the wake of the Paris Agreement and reflecting the European Union’s prominent role in combating climate change impact, the political focus remains on environmental sustainability and tackling climate change.  This is further reflected in the Commission’s new long-term strategy to reach a climate-neutral economy by 2050. The importance of reducing CO2 emissions by 2030 was underscored by the President of the European Commission in his 2018 State of the Union Address. The proposed EU budget for the period 2021 to 2027 also foresees increased funding to support environment and climate action.

The European Union has developed a complex regime of environmental protection legislation on air and water quality, chemicals, and solid and hazardous waste, which is law in EU Member States. Other initiatives of the European Union (e.g., concerning single-use plastics) are only at an early stage at present.

The Industrial Emissions Directive (IED)68 sets up a scheme whereby large-scale industrial installations must obtain permits in order to operate. In doing so, it aims to reduce harmful industrial emissions. more

The European Union’s regulation of water quality standards is primarily through Directive 2000/60/EC, the Water Framework Directive. Addressing both diffuse and point-source pollution, and establishing binding targets for water quantity and quality in relation to a wide range of water bodies, the Directive is both comprehensive and holistic.

There is also issue-specific legislation such as the Directive on environmental quality standards (water policy) and the Directive on groundwater (requiring Member States to take all measures necessary to prevent inputs into groundwater of hazardous substances).  The Water Framework Directive contains four central provisions for pollution control standards in river basin districts – the ‘area of land and sea, made up of one or more neighbouring river basins together with their associated groundwaters and costal waters’.

Chemicals are regulated at an EU level by the Registration, Evaluation, Authorisation and Restriction of Chemicals (REACH) Regulation. In principle, all chemical substances fall within the scope of that  regulation, whether they are used in industrial processes or day-to-day products, as well as products made of those substances.

The overarching regime for the European Union’s regulation of waste is the Waste Framework Directive. The definition of ‘waste’ for the purpose of the Directive is crucial as the Directive’s prescriptions and regulatory controls only apply to waste, but this also creates
difficulties. Waste is defined in the Directive as ‘any substance or object which the holder discards or intends or is required to discard’.

The Directive makes certain exclusions from the scope of waste, such as gaseous effluents emitted into the atmosphere, land (in situ) and uncontaminated soil. It also excludes from its scope certain materials to the extent they are covered by other EU legislation – including
wastewater, animal by-products and carcasses, and mining waste. more

Land contamination is not regulated at EU level. The Commission had proposed a Soil Framework Directive in September 2006 aimed at filling this gap and providing a common strategy for the protection and sustainable use of soil.  However, after almost eight years
without the proposal being enacted into legislation, the Commission withdrew it in April 2014, with the aim of proposing legislation again in the future.

However, the Seventh Environment Action Programme, which entered into force on 17 January 2014, recognises that soil degradation is a serious challenge. It provides that by 2020 land is managed sustainably in the Union, soil is adequately protected and the remediation of contaminated sites is well underway and commits the EU and its Member States to increasing efforts to reduce soil erosion and increase soil organic matter and to remediate contaminated sites.

Verde Environmental Consultants can work with you to ensure your compliance with all matters of EU and Irish environmental legislation.