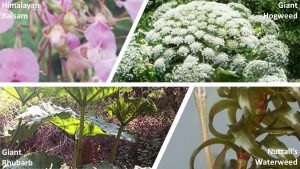 Ireland has been asked by the European Commission to explain why it has not established a plan to tackle invasive species getting into the ecosystem, despite regulations being laid down seven years ago.  Far from being the only offender in the EU, Ireland was among 18 member states cited by the Commission for failing to implement various parts of a 2014 regulation on the prevention and management of the introduction and spread of invasive alien species.

Some 12,000 species in Europe are alien, of which roughly 10% to 15% are estimated to be invasive, according to the regulation.  “Invasive alien species represent one of the main threats to biodiversity and related ecosystem services, especially in geographically and evolutionarily isolated ecosystems, such as small islands. The risks such species pose may intensify due to increased global trade, transport, tourism and climate change,” it said in 2014.

Unlike an EU directive, which can be implemented over a certain time, a regulation is made law once it begins, meaning penalties can be imposed from day one.

The Commission said it is now calling on Ireland and 17 other states to act, saying they had so far “failed to establish, implement and communicate to the Commission an action plan” to target ways in which invasive species get into ecosystems.

“The European Green Deal and the European Biodiversity Strategy for 2030 both stress the importance for the EU to halt its biodiversity loss by preserving our natural sites and restoring damaged ecosystems to good ecological status.   Invasive alien species are plants and animals that as a result of human intervention become established in areas outside their natural range, spreading rapidly and out-competing native species, with severe environmental and economic consequences,” the Commission said.

The Commission sent Ireland and the 17 fellow member states a letter of formal notice giving them two months to respond and take the necessary measures. In the absence of a satisfactory response, the Commission said it could issue a reasoned opinion, which is a formal request to comply with EU law. If those measures are not acted upon, the country in question may then be referred to the European Court of Justice (ECJ).  While most cases are settled before being referred to the ECJ, the Commission can ask the court to impose penalties, and national authorities must take action to comply with an ECJ judgment.

According to Invasive Species Ireland (ISI), creatures not native to ecosystems are the second greatest threat to biodiversity worldwide, after habitat destruction. Invasive species can negatively impact on native species, transforming habitats and threatening whole ecosystems, causing serious problems to the environment and the economy, ISI said.

Since the 17th century, invasive species have contributed to nearly 40% of all animal extinctions for which the cause is known, according to the ISI. Annual environmental losses caused by introduced pests in the US, UK, Australia, South Africa, India, and Brazil have been calculated at over $100bn (€85.5bn), it added.

An example of invasive species causing havoc in Ireland in recent years is Japanese knotweed, rated among the 100 worst in the world by the Global Invasive Species Programme.