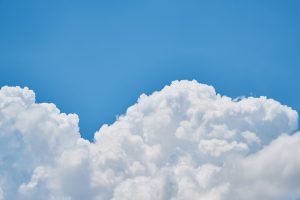 According to the Programme published last November, the WHO estimates that in Ireland 16,800 years of life have been lost due to air pollution.  EPA scientific officer Kevin Delaney says that the number of air quality monitoring stations nationwide will be more than doubled over the next five years.

A 2016 EPA report found that in rural areas air pollution occurs mostly due to the burning of solid fuels, while air pollution in urban areas comes mostly from traffic emissions, resulting in high levels of Nitrogen dioxide (NO2). This pollution is particularly related to emissions from diesel vehicles. Galway’s air quality will be monitored for NO2 at around twenty locations across the city. Most of the testing sites will be located near busy roads. The first stage of the studies — which is currently underway — involves simple indicative testing to find the best locations to put the more sensitive monitoring equipment. Delaney said that the EPA has already put out a number of diffusion tubes, which will give “some kind of an idea” as to the air quality in Galway. “They’re not as accurate as the monitoring that will go in further down the line,” he explained. “These are just to aid in decision-making to see where you would place a monitor in the future.”

The EPA is engaging with local authorities to build their network of monitoring stations. In Galway, they’re working with the city council and researchers at NUI Galway. According to Delaney, when the final instrumentation is set up, the results will be sent to the European Environment Agency as well. But it could be more than a year before the more sensitive monitoring stations are installed.

“It’s about building up a bank of data on which you can make sound decisions,” said Delaney. “This has just commenced, so we’ll have to wait until we get many months of data before we can decide and see if there’s a trend beginning to occur. “The nature of air pollution is it’s diurnal — it changes throughout the day. It’s also quite seasonal.” As traffic varies depending on the time of day and the season, so too does the resulting pollution. In summer, when schools and colleges are closed and people go on holiday, the roads are a bit quieter and there’s less NO2 in the air.  So according to Delaney, “to get a full picture you need to get at least a year’s worth of data.”

Verde Environmental Consultants provides a wide range of environmental air quality monitoring and management services and can provide for either short-term representative sampling or long–term monitoring depending on project types. More up to date monitoring options involve the installation of continuous air monitoring equipment connected by telemetry to a remote desktop.  Verde can set up options for text or email alerts to be received when certain “trigger” levels are exceeded.  All data will be stored in a cloud based database where real–time data access will enable prompt resolution of any potential non-compliances, as well providing proof to regulators or other stakeholders that the required standards are being complied with.