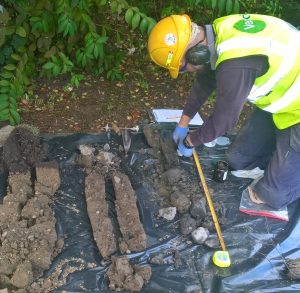 Despite some progress, the EPA has warned that hazardous waste is still a serious concern in Ireland.  New findings from the Environmental Protection Agency (EPA) have revealed the amount of hazardous waste produced in Ireland, including ash produced by waste to energy facilities, contaminated soils and chemicals.  The agency said the amount of this waste type continues to increase, with Ireland producing 581,000 tonnes in 2019, up 55,000 tonnes (10pc) on the previous year. Hazardous waste generation in Ireland has been increasing since 2015, driven mainly by increases in incinerator ash and contaminated soils.

While treatment capacity in Ireland has increased for some waste types, such as contaminated soils, the EPA warned that Ireland does not have the necessary facilities to deal with all of our hazardous waste.  More than 65pc of it was exported for treatment in other EU countries last year. The Netherlands, Norway, Great Britain, Denmark, Germany, Northern Ireland and France together accepted the majority of Ireland’s hazardous waste exports.

‘We still have a way to go to’

Infectious healthcare waste for 2019 totalled 12,000 tonnes, but it is expected that the Covid-19 pandemic will lead to a significant increase for this year.

Industry and the construction sector continue to be the largest generators of hazardous waste. Combined they produced 152,000 tonnes of incinerator ash, 91,000 tonnes of contaminated soils and 66,000 tonnes in chemical residues last year.

Households, farms and other businesses also produce a range of hazardous wastes such as batteries, waste electrical and electronic appliances, paints, solvents and medicines.  “It is clear that Ireland has made some progress in terms of increased treatment of some hazardous waste types, due to increased capacity provided in 2019,” said EPA programme manager Mary Frances Rochford.  “However, we still have a way to go to become self-sufficient in the management of this waste stream. The Covid-19 pandemic has shown the importance of adequate and resilient waste treatment capacity. This will be a key focus as the EPA prepares the next National Hazardous Waste Management Plan due to be published in 2021.”

Verde Environmental Consultants undertake characterisation of soils as required by landfill regulations. We carry out the necessary sampling to assess whether a waste is classified as hazardous or non-hazardous.