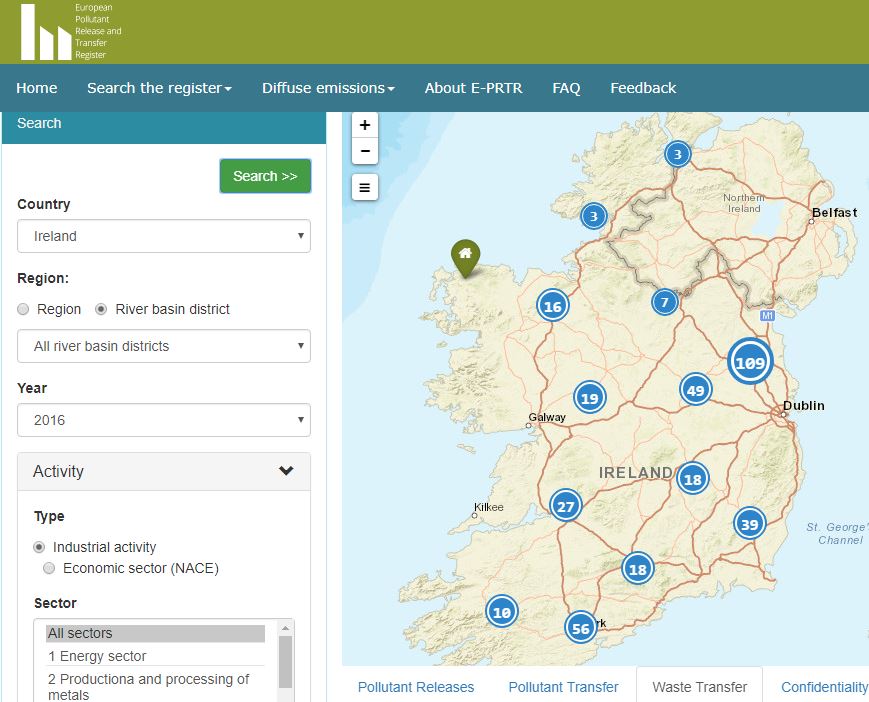 The Environmental Protection Agency (EPA) has published environmental data on Ireland’s national pollutant release and transfer register (PRTR). This is a public register of pollutant releases and waste transfers from large industrial activities in Ireland. This information supports EU-wide reporting through the European Commission’s e-Register website, which contains data reported annually by more than 30,000 industrial facilities across the EU.

For each facility, information is provided concerning the amount of pollutant releases to air, water and waste water as well as off-site transfers of waste, from a list of 91 PRTR pollutants including heavy metals, pesticides, greenhouse gases and dioxins for the years 2007-2016.

While recovery increased by 5 per cent for non-hazardous waste from relevant facilities in 2016, the total waste transferred from PRTR facilities for disposal increased by 8 per cent. This is reflective of increased economic activity.

Verde Environmental Consultants works with our EPA licenced clients to achieve compliance according to their licence conditions in the most economical way possible. We have a proven track record of successfully reducing many of our clients’ expenses in this area by securing reductions in monitoring requirements and by the easing of licence conditions where appropriate.

Our expertise in this area, combined with our local knowledge, has been of assistance to clients in better managing their IE/IPC licence requirements and to this effect we also enclose a brochure giving some additional information on the range of services we provide.