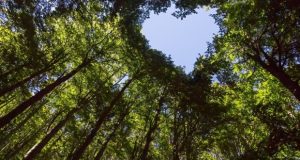 Environmental rights must be preserved in the Constitution

The Government should deliver on its promise to convene a Citizens’ Assembly on biodiversity loss – this would provide an opportune forum to discuss the insertion of environmental rights into the Constitution.  Over two years ago – on May 9th, 2019 – the Dáil declared a climate and biodiversity emergency and called for the Citizens’ Assembly to examine how the State can improve its response to the issue of biodiversity loss. The programme for government – agreed by Fianna Fáil, Fine Gael and the Green Party in June 2020 – committed to progressing this. However, no real progress has been made.

Last month, more than 20 civil society organisations including trade union, medical, legal, social justice, environmental, student and religious groups published an open letter calling on the Government to deliver on its promise by announcing the date for the Citizens’ Assembly before the beginning of the Dáil’s summer recess.

The open letter asked the Government to ensure that the possible recognition of a constitutional right to a safe, clean, healthy and sustainable environment would be on the Citizens’ Assembly’s agenda when it convenes; and to ensure that action taken to address the biodiversity crisis is consistent with the principles of just transition. Disappointingly, this deadline has now passed with no date having been set.

Earlier this month, Green Party TD Malcolm Noonan, Minister of State at the Department of Housing, Local Government and Heritage, engaged with the campaign’s call by noting that a new global biodiversity framework is “due to be presented at [the UN Convention on Biological Diversity’s] COP 15 in China” this October “for agreement by the parties – including Ireland”; and that Ireland’s next national biodiversity action plan “will be informed by these global objectives” and is “due to be published in 2022”. Noonan said that his “hope” was that the Citizens’ Assembly on biodiversity loss would “respond to the new global framework and help to inform Ireland’s role in it”.

Calls for constitutional environmental rights are not new. In its 1996 report, the Constitutional Review Group recommended the inclusion in the Constitution of “a duty on the State and public authorities as far as practicable to protect the environment, to follow sustainable development policies, and to preserve special aspects of our heritage”. However, it would appear that a lack of political will stifled the fulfilment of this recommendation.

In a 2017 High Court judgment, the court held that the Constitution contained as an unenumerated (or unwritten) right: “A right to an environment that is consistent with the human dignity and wellbeing of citizens at large.” However, in its landmark climate change judgment last year, the Supreme Court held that such a right to an environment could not in fact be derived from the Constitution. In finding this, the Chief Justice noted that such a right could instead be “the subject of debate and democratic approval”.

The Government has itself recently acknowledged the need for the recognition of environmental rights. In March 2021, Ireland and 68 other countries co-signed a statement submitted to the UN Human Rights Council declaring that: “It is our belief that a safe, clean, healthy and sustainable environment is integral to the full enjoyment of human rights . . . We are committed to engaging in an open, transparent and inclusive dialogue with all states and interested stakeholders on a possible international recognition of the right to a safe, clean, healthy and sustainable environment.” In the interest of consistency, it would therefore seem both appropriate and timely for us to now consider environmental rights at the national level also.

Bunreacht na hÉireann is a living document and should be updated accordingly. We have seen in recent years the immense power of constitutional referendums to initiate vital systemic change in our country. The proposed Citizens’ Assembly on biodiversity loss is the opportune forum for the place of environmental rights in the Constitution to be considered; and should be scheduled without further delay. The time has come for this debate to take place and for the people of Ireland to decide.