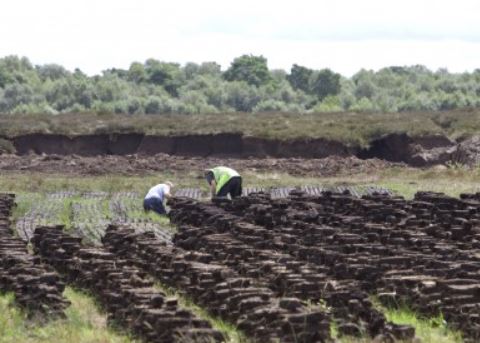 The High Court has set aside “in their entirety” the State’s regulations that allow for the industrial extraction of peat from Irish bogs.  In a lengthy and detailed judgment, Mr Justice Garrett Simons held that proceedings brought by environmental group Friends of the Irish Environment challenging the regulations should be allowed on certain grounds.

The group claimed that the regulations were inconsistent with EU environmental laws.   In what is considered a significant landmark judgement, Justice Simon’s decision means that peat cannot be extracted from areas larger than 30 hectares from Irish bogs unless the developer has planning permission to do so.

While the exemption to obtain planning permission came into immediate effect last January, the regulations provided for a lengthy transitional period before the new licensing regime came into full force and effect.  This allowed peat extraction by entities that had neither planning permission nor a licence, to continue during that transitional period.  FIE claimed the effect of the new regulations will create a retention mechanism for the unauthorised industrial extraction of peat, and allow this activity to continue for many years in an unassessed and unregulated fashion.  The group furthered argued the regulations were in flagrant breach of EU directives on the protection of the Environment.

FIE, represented by James Devlin SC with Oisin Collins BL, and Margaret Heavey BL, instructed by solicitor Aoife O’Connell, also contended the regulations disapply existing domestic laws intended to ensure compliance with the requirements of the Environmental Impact Assessment (EIA) and Habitats Directives, which should have been implemented here in 1988 and 1994 respectively.  FIE’s action was against the Ministers for Communication, Climate Action and Environment, the Minister for Housing, Planning, and Local Government, as well as Ireland and the Attorney General.

In its judicial review action, FIE had sought various orders and declarations including one quashing the making of the regulations by both the Minister for Communication and the Minister for Housing in January of this year.  The defendants opposed the action and rejected the group’s claims. Justice Simons in his decision said the regulations should be set aside.  He said that certain aspects of the legislation used to bring in the 2019 regulations were inconsistent with European Directives on Environmental Impact Assessments and the Habitats Directive.

Member states of the EU he said had a limited discretion to regularise development which has been carried out in breach of those two directives.  However legislation concerning the regulations being challenged, the judge said exceeded this discretion.

The judge said that legislation lacked any possibility of suspending peat extraction during the transitional period. There was also an absence of any circumstances in the regulations that would allow a party extracting peat without a licence or planning permission an opportunity to regularise their situation.

In addition, he said that there were no proper legislative provisions in the legislation to ensure that any assessment of a site where peat is extracted on a large scale is both prospective and retrospective.  The judge further found the shortcomings of the legislation were similar to the previous planning legislation which he said had been condemned by the Court of Justice of the European Union.  The new regime he said leaves projects which have not been properly assessed or assessed for the purposes of the two EU directives undisturbed.

The judge did find that there was no legal obligation to carry out an environmental assessment of the regulations prior to their adoption, nor did he agree with the claim that the regulations amounted to an interference with judicial independence.

The case will be mentioned before the court in October.