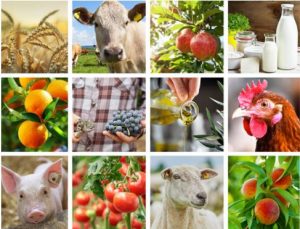 Ireland’s coalition of environmental groups has “reluctantly withdrawn” from the Agri-Food 2030 Strategy Committee having concluded a draft strategy “is woefully inadequate to meet the social and environmental challenges we face”.  The Environmental Pillar (EP) had been a member of the Department of Agriculture-established committee, which is headed by agricultural economist Tom Arnold, with the brief to set out the future direction of Irish agriculture and food production – it was set up in November 2019 and was due to publish its proposed strategy in coming weeks.

The follow-up to Food Wise 2025 as drafted, perpetuated the business-as-usual model of intensification pursued for the past 10 years, the EP said, “rather than drive the ecological transformation we need for agriculture and assure a future for all farmers”.

EP co-ordinator Karen Ciesielski, its representative on the committee, said: “This industry-led Agri-Food 2030 Committee and draft strategy is on an entirely different book, let alone page, when it comes to our intensive model of agriculture. It fails on so many fronts, and we cannot put our name behind the perpetuation of the environmental crises we have highlighted time and time again,” she added.

The EP engaged in the process in good faith, but found its suggestions were largely disregarded. “Such treatment of these issues is misaligned with growing calls for climate and biodiversity action, which we know grow louder every day,” Ms Ciesielski said.

Minister for Agriculture Charlie McConalogue and Ministers of State Pippa Hackett and Martin Heydon expressed regret at the EP’s decision. “ We sincerely hope the Pillar will reconsider that decision and engage in the process as we believe it has an important role to play in the development of this policy,” they added.  They underlined the process would play “a huge role in shaping the future direction of our sustainable agri-food sector. That is why it is crucial to have all stakeholders involved. “We understand that the process is ongoing, and there is still time for further collaboration. We would urge all sides to recognise that and do all they can to remain engaged,” they added.

The EP said, however, the Government should now take full responsibility for agricultural policy urgently “to radically change course to cut both emissions and pollution within the sector and support farmers in a just transition, which also supports biodiversity”.

In spite of input from its own experts, the draft strategy “falls far short of what’s required to bring agriculture in line with planetary boundaries and did not facilitate any meaningful public participation on the future of Irish land use. Climate and biodiversity NGO advocates were in addition given only a limited space at the table”.

“This industry-led process has ultimately failed to meet the moment and the draft document it produced provided no evidence it was based on the EU green deal, including the farm-to-fork strategy or the EU biodiversity strategy,” it added.

Agriculture is the largest source of Ireland’s greenhouse gas emissions, accounting for 37.7 per cent of the total. “It is also the leading cause of pollution of our waters. In addition, intensification has resulted in the catastrophic decline of farmland birds, such as breeding waders, with no sign of population recovery,” the EP said.

The document enshrined the inadequate Ag Climatise roadmap for the industry as a guiding light, which both the EP and other experts had found to be completely insufficient following its publication, it noted. “Indeed, the Department of Agriculture itself has already acknowledged it needs to be revised due to more ambitious commitments in the programme for government.”

The EP, which represents 26 environmental and climate NGOs, said it “is also dismayed to find no coherent Department of Agriculture vision or proposal to embrace agroforestry and a transition towards continuous cover permanent native forestry model to replace the unsustainable clear-fell/replant exotic conifer model”.

BirdWatch Ireland representative Oonagh Duggan said: “The mantra for Food Wise 2025 was that ‘environmental protection and economic competitiveness are equal and complementary: one will not be achieved at the expense of the other’. This turned out to be false, and a breach of promise to the people of Ireland. There has been a marked decline in the quality of our environment, and the draft Agri-Food Strategy 2030 shows no let up on business-as-usual. This will lead to further deterioration of our environment and breaches of a range of legal obligations,” she added. “More and more consumers want food that is produced in a way that works with nature and not against it,” Ms Duggan said. “Our high-nature-value farmers have a low-intensity model of production that supports biodiversity and which fits into a future where we will have to eat less meat and dairy in order to cut the impact of agriculture on the natural environment. They need our support.”

Stop Climate Chaos policy co-ordinator Sadhbh O’Neill said the previous government had outsourced agricultural policy to a stakeholder group dominated by industry representatives with a vested interest in business-as-usual. “We engaged in good faith but it’s clear now that the draft agri-food strategy would do nowhere near enough to reduce agricultural pollution. It’s now time for our elected ministers to take back responsibility for ensuring the final 2030 plan for agriculture is in line with our national and international obligations on climate, nature and water,” she added.