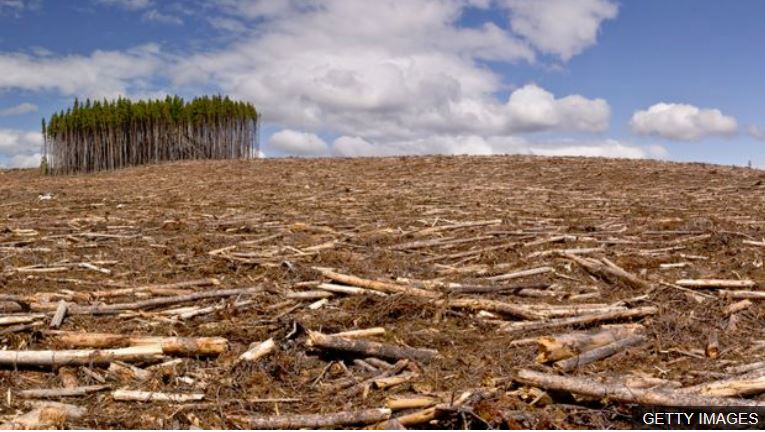 Politicians and policymakers have failed to grasp the gravity of the environmental crisis facing the Earth, a report claims.

The think-tank IPPR says human impacts have reached a critical stage and threaten to destabilise society and the global economy.

The report from the centre-left Institute for Public Policy Research says these factors are “driving a complex, dynamic process of environmental destabilisation that has reached critical levels.  This destabilisation is occurring at speeds unprecedented in human history and, in some cases, over billions of years.”

So what is needed?

The IPPR warns that the window of opportunity to avoid catastrophic outcomes is rapidly closing.  The authors urge three shifts in political understanding: on the scale and pace of environmental breakdown; the implications for societies; and the subsequent need for transformative change.

​They say since 2005, the number of floods across the world has increased by 15 times, extreme temperature events by 20 times, and wildfires seven-fold.

What issues are being under-played?

These matters are close to home for British politicians, the authors argue, with the average population sizes of the most threatened species in the UK having decreased by two-thirds since 1970.

The UK is described as one of the most nature-depleted countries in the world.

Some 2.2 million tonnes of UK topsoil is eroded annually, and over 17% of arable land shows signs of erosion.

Nearly 85% of fertile peat topsoil in East Anglia has been lost since 1850, with the remainder at risk of being lost over next 30–60 years.

The IPPR says many scientists believe we have entered a new era of rapid environmental change.

The report warns: “We define this as the ‘age of environmental breakdown’ to better highlight the severity of the scale, pace and implications of environmental destabilisation resulting from aggregate human activity.”

Will society take the solutions on offer?

Simon Lewis, Professor of Global Change Science at University College London, told BBC News: “IPPR are right to say that environmental change is happening ever-faster and threatens to destabilise society.  “Future problems with food supplies could cause price spikes that drive civil unrest, while increases in levels of migration can strain societies.  Both together could overload political institutions and global networks of trade.  This century will be marked by rapid social and environmental change – that is certain. What is less clear is if societies can make wise political choices to avoid disaster in the future.”

Harriet Bulkeley, a geography professor at Durham University, told BBC News that the IPPR paper was a good interpretation of the current evidence, but she said it raised the question of how firm evidence of environmental threats had to be to prompt government action.  “We know lots of good things to do,” she said, “but often the argument is made that we need to have ‘evidence-based policy’.  This can, of course, be used as an excuse for delay. So, I guess the question is how much more evidence is needed for action?”

A UK government spokesperson said: “We are committed to leaving our environment in a better state than we found it through our 25 Year Environment Plan and the forthcoming Environment Bill.  Over 25 years we will replenish depleted soils, rid our seas and rivers of the rubbish trashing our planet, cut greenhouse gas emissions, cleanse our air of toxic pollutants, and develop cleaner, more sustainable energy sources.  The Environment Bill will also create a new environmental body, the Office for Environmental Protection, to hold us to account on this commitment.”