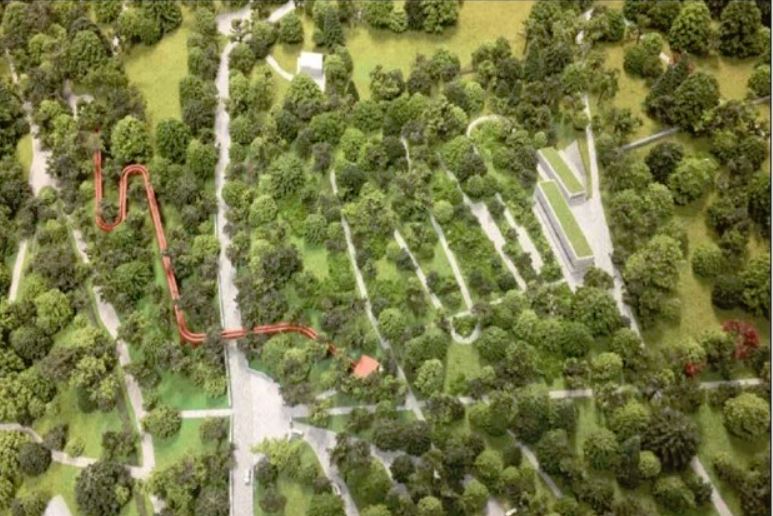 Plans for a new visitor centre in the Dublin Mountains have been put on hold due to concerns from the planning authority over the adequacy of the project’s environmental assessments.

An Bord Pleanála is now seeking further information from the project’s lead architect Paul Keogh on the plans for the centre which will include a 75-seater cafe, an exhibition facility and a walkers’ lounge.  The plan, a joint venture from South Dublin County Council, Coillte and the Dublin Mountains Partnership, would also see the conversion of a Coillte conifer plantation to a broadleaf woodland and an increase in walking trails within Montpelier Hill and Massy’s Wood.

As part of its further information request, the Board has asked for additional bird surveys to be carried out to monitor for Merlin, a species located in the Wicklow Mountains Special Protection Area (SPA).  In its letter to Mr Keogh, the Board stated that it is “not satisfied” that the “limited” summer 2018 survey was adequate. The Board has requested an additional survey to be carried out “in optimal conditions to address these concerns”.

The decision was criticised by the Irish Raptor Study Group according to RTE who reported earlier this week that the groups advised both sides that the development would not affect the Merlin population.

The Board also outlined its concern that the potential impact of an increase in visitor traffic on nearby designated protected nature areas was not adequately assessed.  The letter also states that the Board was not satisfied that adequate baseline ecological surveys and monitoring were carried out in relation to the potential impact of increased visitor numbers and elements of the proposed development in Massy’s Wood.  “[The Board] could therefore not be satisfied that there would be a significant negative impact on the ecology, biodiversity and flora and fauna of the area,” the letter reads.

As such, the Board has requested that the applicant undertakes additional surveys and monitoring under optimal conditions of vegetation, habitats, and protected species including bats and otter.  Additional monitoring is also required for freshwater invertebrates upstream and downstream of the surface water discharge point in Glendoo Brook, the Board said.

Speaking at the Board’s oral hearing last November, Mr Keogh said that the project comes in response to the projected growth in Dublin’s population and an expected bump in visitor numbers to the capital.  This will lead to an “exponential increase” in visitors to the Dublin Mountain in the coming decades, Mr Keogh said, with a “do-nothing scenario” not a sustainable option going forward.

The proposed visitor centre will also act as an “economic driver” for the Dublin South County area, Mr Keogh said, as the projected growth in visitors will “increase ‘dwell time’” as well as spending and employment in the locality.  He said that the design of the visitor centre, as well as a tree canopy walkway and bridge over the Killakee Road to link Montpelier Hill and Massy’s Wood would be “an exemplar of best practice in sustainable architectural design”.

Local People Before Profit deputy Gino Kenny welcomed the Board’s decision to seek further information and called on South Dublin County Council to reconsider the project.  “Local campaigners and People Before Profit have raised concerns regarding the impact of such a large scale project on the fragile environment of Massy’s Wood,” he said. “We are delighted that ABP obviously shares those concerns.”  He said that it was “now clear” that South Dublin County Council has “failed consistently to conduct environmental impact surveys to a level that satisfies the planning authorities of the state.  At a time when the Council claims it has restricted resources for housing and other vital services, it is deeply disappointing that more money would now have to be allocated to repeat inadequate surveying that has already proved costly,” he said.  “We support investment in trails, toilet facilities and forestry but not in multi-million euro vanity projects that undermine the local environment. I now believe that the project should now be abandoned and an alternative plan to manage our mountain ways put before councillors.”

What is an Appropriate Assessment

Natura 2000 is a network of core breeding and resting sites for rare and threatened species, and some rare natural habitat types which are protected in their own right. It stretches across all 28 EU countries, both on land and at sea. The aim of the network is to ensure the long-term survival of Europe’s most valuable and threatened species and habitats, listed under both the Birds Directive and the Habitats Directive.

Why an Environmental Impact Assessment is required

European Legislation requires member states of the EU to carry out assessments of the environmental impact of certain public and private projects before they are allowed to go ahead. The Directive is implemented in Ireland by the Planning and Development Act 2000 (as amended) and the Planning and Development Regulations 2001 (as amended) and is governed by the European Communities (Environmental Impact Assessment) Regulations. The need to undergo Environmental Impact Assessment is closely linked with the Planning Process in the Irish jurisdiction.

Verde’s in-house expertise in the main EIA and AA disciplines and strategic partnerships enables us to efficiently project manage the EIA process.  Click here for more information on the services we can offer.