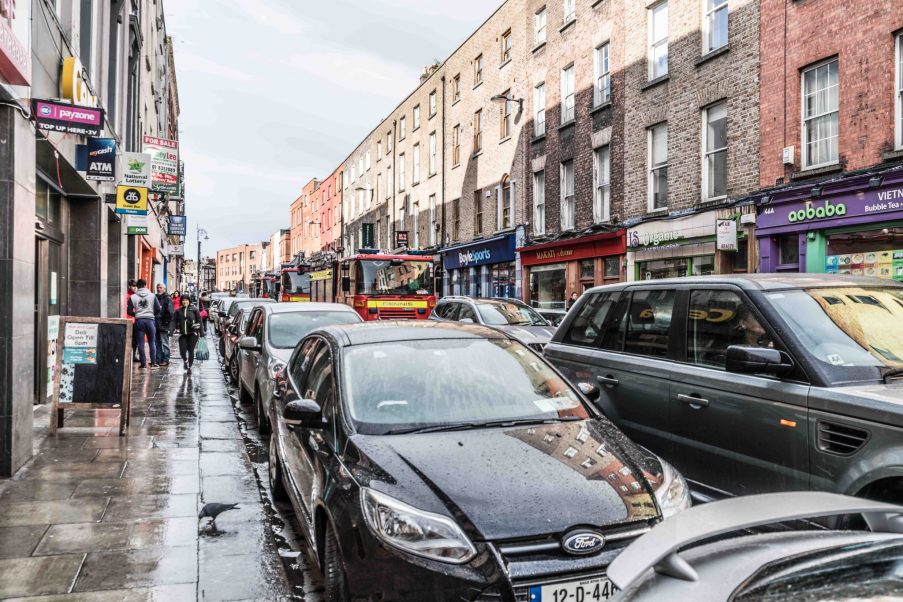 Dublin has been ranked as the most congested city in Western Europe and as one of the most congested cities globally, according to an international survey of traffic data.  The ninth edition of the annual Traffic Index report form the technology company TomTom provides detailed insights on live and historic road congestion levels in cities around the world.

Dublin is listed as the 17th most congested city globally out of 416 cities analysed across 57 countries, with trips during peak hours estimated to take 48 per cent more time to complete than during uncongested conditions.  According to the analysis, drivers in the capital are adding up to an extra hour to their commute during rush hour traffic in the morning and evening. This adds on to almost nine days lost annually sitting in gridlock.  Overall, traffic congestion in Dublin jumped up three per cent from 2018. Globally, the analysis points to an increase in congestion over the last decade that is estimated to cost economies billions.  The other Irish cities analysed were Cork and Limerick, with both Munster counties found to experience above-average levels of congestion for a European city.

Overall, Bengaluru in southern Indian takes the top spot, followed by Manila, Bogota, and Mumbai and Pune in India, giving the country three of the top five worst congested cities in the world.

Vision for a new transport model

The report was released yesterday as both the Green Party and People Before Profit (PBP) laid out their vision for a radical rebalancing of priorities toward a new low-carbon, public and active-led transport model for Ireland ahead of next week’s general election.  Both parties want to see ramped up spending on public transport, walking, and cycling infrastructure in both urban and rural environments, including proposals from PBP to 500 new electric buses to the fleet annually until 2030 at an estimated annual spend of €350 over the next decade. The party also wants to heavily invest in improving and electrifying the rail network.

PBP want to bring in free public transport for all that would cost around €570m annually based on current fare rates and travel frequency. The party has outlined the proposal in its previous two costed alternative budgets proposals.

The Greens want to see free transport for student and a capped fare system for other users until the public transport infrastructure is upgraded to meet demand before contemplating scrapping fares for all.  The party also wants to put 10 per cent of the capital transport budget aside for pedestrians, and 10 per cent for cycling, with the remainder budget split 2:1 in favour of public transport over road building and maintenance.

Both parties want far better support for cyclists and also want to see taxation brought in on aviation fuel, with PBP specifically calling for a 33 cent per litre levy on airline fuel in conjunction with legislation to ban companies from passing the cost on to consumers.

Some of those taking flights would not be left off the hook for flight emissions, however, as the party want to add on a 20 per cent charge to the costs of business tickets for anyone flying more than four times a year.

The vast majority of urban dwellers across Europe are exposed to unsafe levels of particle pollution, with chronic exposure linked to cardiovascular and respiratory diseases, including lung cancer. The EPA estimates that there are around 1,200 premature deaths due to air pollution.

Ireland’s air quality is relatively good by European standards, but it does not fare so well when measured against more stringent WHO guidelines, according to the EPA.  The country has exceeded WHO guideline values for PM10 and PM2.5 – very fine particulates smaller than 10 micrometres that can enter the lungs and cause significant health problems.

Earlier this week, the Asthma Society of Ireland launched  #AsthmaMatters manifesto setting out its priority election issues including the prioritisation of investment in public transport, cycling and walking infrastructure over major road infrastructure.

Sarah O’Connor, CEO of the Asthma Society, said: “We receive calls to our Adviceline from people who cannot leave their home at particular times of the day or year because of air pollution. Worryingly, new evidence is emerging that identifies traffic pollution as a cause of asthma in children.”