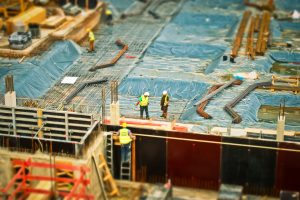 Dublin is the seventh most expensive place in the world to build, with average construction costs at $3,245.10 per metre squared, a new report shows.

The International Construction Market Survey, from global professional services company Turner & Townsend, shows that San Francisco takes the top spot in 2019 as the most expensive city in which to build.

Dublin is now ranked third most expensive in Europe, behind only London and Zurich, and trade labour costs have risen 5% in the past year, to stand at €35.70 per hour.  The report noted that construction activity here is being driven by the upturn in economic performance.  Major projects getting underway include the Dublin MetroLink, St James’s Gate urban quarter redevelopment and the fit-out of Facebook’s new headquarters. It said this demand is putting costs under pressure as the skills crisis bites.

Globally, construction prices are predicted to rise 4.1% on average over the next 12 months.

But as a “hot” construction market, cost price inflation in Dublin is expected to outpace this with a 7% increase forecast for 2019 as the construction sector remains undeterred by Brexit.

Other markets in Europe that are classed as “hot” include Frankfurt, Berlin, Warsaw and Vienna, as they compete to attract business relocations from London.  This year, San Francisco has overtaken New York as the most expensive city in which to build worldwide (at $4,482.70 per m²). London, Zurich and Hong Kong round out the top five.

Turner & Townsend said the extent of the price escalation experienced across the top performing markets means that for every building constructed in Dublin, you could build five similar structures in Istanbul for the equivalent cost.

Mark Kelly, Managing Director Ireland at Turner & Townsend, noted that market confidence and construction demand in Dublin has not been too badly shaken by the continued uncertainty surrounding Brexit in the UK yet.

He said the economic upturn has attracted a wave of large office and residential projects in the Irish capital, and the early spoils of Brexit have added further momentum as some major occupiers look to relocate from London.  “But the longer-term implications of Brexit remain a lingering threat and could yet douse cold water on these hot market conditions,” Mr Kelly cautioned.  He also said that mounting construction cost pressures is another factor currently clouding the market outlook.  “With demand relatively high across the continent, and investment only likely to continue this upward march, the shortage of skilled labour and supply chain capacity in Europe is becoming increasingly problematic – driving significant competition on wages and inflating construction costs further,” he added.

Verde Environmental Consultants provide a wide range of environmental services to the construction industry to ensure our client’s don’t get a nasty shock by having the profit on a commercial property purchase eaten up, or build cost soar, due to unforeseen environmental liabilities.

Our range of services include: