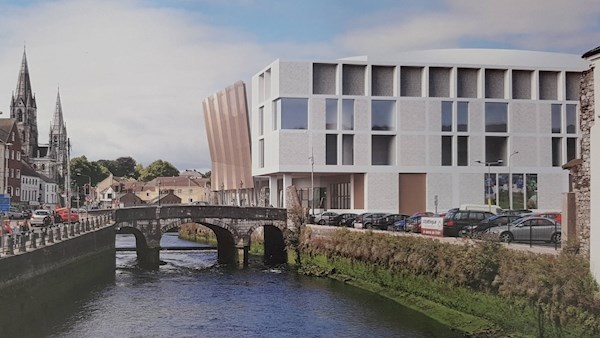 Developers BAM intends to deal quickly with a request for an environmental report on the stalled Cork event centre, fuelling fading hopes that the project is still alive.  While the company has declined to comment publicly on the last-minute deferral of a planning decision on the venue, it is understood that it will submit the report as soon as possible. Once submitted, planners must issue a decision within two months.

News that an environmental report appears to be the only outstanding issue of concern to planners has fuelled hopes that the project may get the green light.  But talks to finalise the terms and conditions linked to the project’s €30m state-aid package are ongoing at government-level.

City Hall has confirmed that the planning decision, which was due last week on BAM’s application from last August for an enlarged venue on the South Main St site, has been deferred for the submission of a Natura Impact Statement (NIS) – a report in relation to potential environmental issues associated with developments specified under EU law.

Specifically, the report must address the potential direct and indirect impacts of the event centre development on two sites several miles downstream which are protected under the EU Habitats Directive – the Cork Harbour SPA and the Great Island Channel cSAV site.

BAM lodged its planning application last August but in October, planners requested further information (FI) amid concerns about several design elements.  BAM requested a time extension to deal with the FI and despite uncertainty over the state-funding, it spent in the order of €300,000 on the FI process.  It submitted that documentation earlier this month. It included external design modifications.

But an Appropriate Assessment screening report submitted as part of the FI process stated that the proposed development has the potential to impact the water quality in the river Lee, and refers to a number of mitigation measures to minimise or manage that impact.

Planners said it can’t be excluded through screening alone that the development would not have significant effects on the relevant sites downstream protected under EU law.

“The applicant (BAM) has up to six months to submit the report, but it can be submitted earlier.  Once the report has been received by Cork City Council, the council has to issue a decision within eight weeks,” the council spokesman said.  He also said the report which has now been sought had been requested “some time earlier” by the council but was only submitted by the applicants earlier this month as part of its response to the FI.

The sod was turned on the project in February 2016.  In the meantime, Cork’s largest office block has been built and occupied on the rival event centre site on Albert Quay.