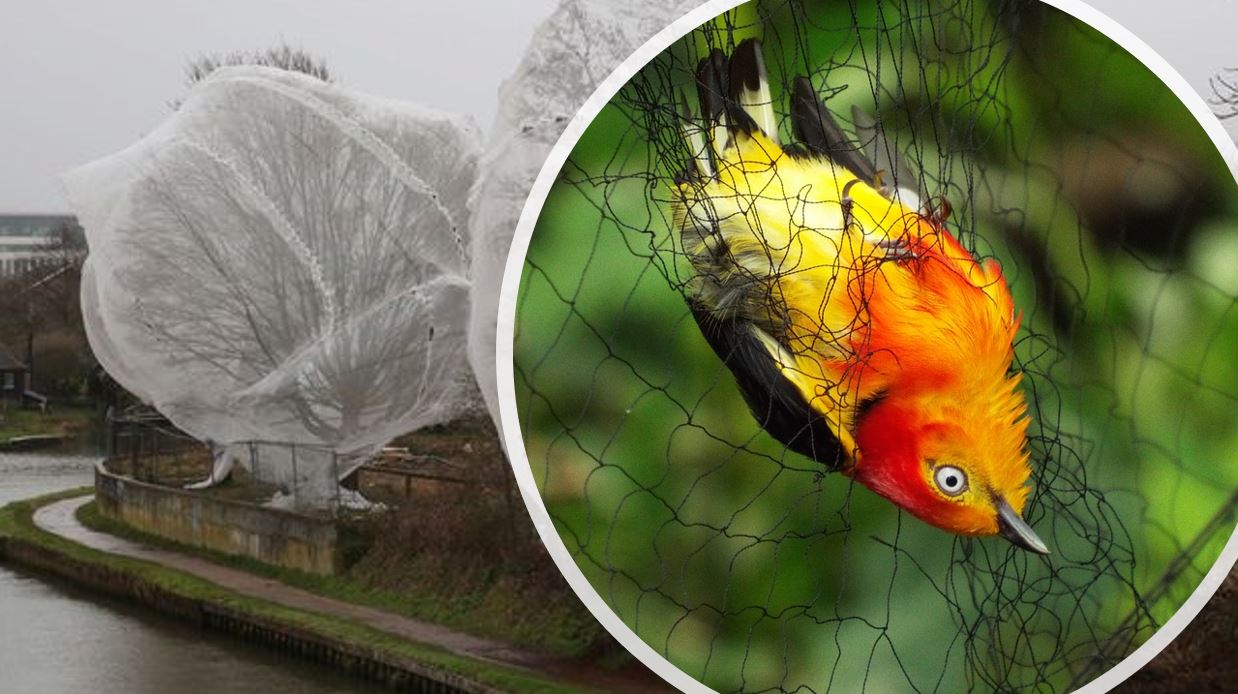 The UK Communities Secretary James Brokenshire has reminded developers of their legal obligation to consider the impact of their construction schemes and protect local wildlife.  This reminder echoes the growing concern over developers placing netting in trees and hedgerows by housing developments – a common practice that can trap wildlife.

In a letter to leading developers, Brokenshire emphasises that site mitigation plans must demonstrate that work will not adversely affect protected species. If developers fail to follow their obligations, he has not ruled out further action.

In the upcoming Environment Bill, the Government plans to introduce biodiversity net gain in new developments, which will hopefully boost nature and wildlife across the country.  “While building new homes is vital, we must take every care to avoid unnecessary loss of habitats that provide much-needed space for nature, including birds,” says Brokenshire.  “Developments should enhance natural environments, not destroy them. Netting trees and hedgerows are only likely to be appropriate where it is genuinely needed to protect birds from harm during development.”

Martin Harper, the Royal Society for the Protection of Birds’ director for conservation, adds: “We cannot keep trying to squeeze nature into smaller and smaller spaces or demand that wildlife fits in with our plans. Across the UK wildlife is vanishing at an alarming rate, and our planning system must play a vital role in not just reversing this decline but helping nature to recover.

“Tree and hedge removal should be completed outside of nesting season. However, if there is absolutely no alternative, then netting must be used sparingly in line with the legal duties and responsibilities on developers, including regular checks to ensure wildlife isn’t getting trapped, injured or worse.”

Developers ‘must consider impact of nets‘ on trees and hedges Why are nets appearing over trees and hedges?
Property developers row back on netting used to stop birds nesting
Controversial nets which sparked anger from wildlife supporters now …
Developers lambasted for netting trees
Online backlash against hedgerow netting in Malmesbury Wiltshire
The nets defiling nature: Outraged conservationists are fighting back …
Concerns raised over dangers netted hedgerows pose to Melton …
Netting off – Development and the Environment