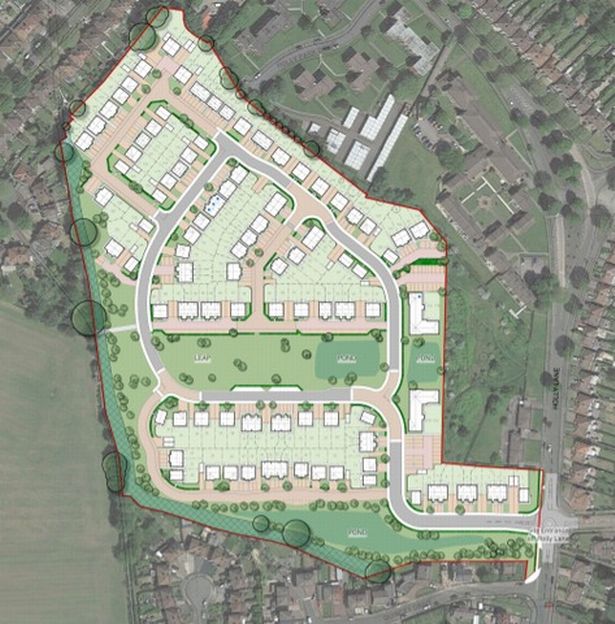 A new proposal has been submitted to build nearly 200 homes on a former brick works with developers vowing to end a 40-year planning saga.  Residents have fought developers targeting the old Nocks site in Erdington, UK for decades over concerns the site is heavily contaminated from its use as a landfill.  And now fears have been sparked again after Persimmon Homes – which has already obtained permission to build on the plot – submitted new plans with a ‘revised remediation strategy’.

Cllr Rob Alden (Cons, Erdington) has raised residents’ concerns over the years.  He said: “This site, a former unlicensed rubbish tip, reportedly had medical and toxic waste dumped in it.  When planning permission was finally given, against our objections after many enquiries, a lot of planning conditions were placed on the site to protect residents. It is therefore concerning to see a completely new application come forward to try and avoid doing planning conditions placed on the site to protect residents.  It is also disappointing this application was submitted during the Christmas period, no doubt hoping residents wouldn’t notice. I urge everyone to submit their views to the council on the site asap.”

What is the planning history of the site?

There have been around half a dozen unsuccessful applications to build housing on the 14-acre site at Holly Lane since 1980, which were either rejected or withdrawn.  Permission was finally obtained by another developer in 2008 and then Persimmon had their own plans approved five years later.  Last year they submitted a more detailed ‘reserved matters’ scheme for 200 homes but Birmingham City Council has yet to make a decision on it. Persimmon’s latest plans are for 194 homes.  Application documents explain why a new proposal has been drawn up to treat the ground.

What do the developers say?

They state that since the previous plans were submitted “…. further information has been forthcoming from further site investigation and as a consequence of revisions to best practice and policy dealing with ground investigation and remediation.  “As a result of both of these aspects, a revised remediation strategy has been proposed taking account of contemporary standards.  There has clearly been a 10-year period in between when the approved remediation scheme was consented and the current planning proposals have emerged, and even longer since the initial site investigation and gas monitoring was undertaken (2004-2007).  It is also notable that landfill ceased at the site in the region of 40 years ago and as a consequence levels of gas generation will have reduced.  Recent monitoring suggests that the production of landfill gas at the site ceased several years ago.”

The latest scheme features 162 houses and two separate blocks accommodating a combined 32 apartments.   Most of the properties would have two car parking spaces and access would be from a new four-arm roundabout at the junction of Holly Lane and Hollydale Road.  Persimmon say the proposal will ‘draw a line under a series of false starts’.