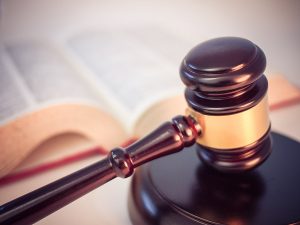 The Dáil has passed the Climate Action and Low Carbon Development Bill, with 129 TDs supporting the Bill and 10 opposing it in the final stage vote. Minister for the Environment, Climate and Communications, Eamon Ryan, said the Bill is going to change everything for the better, and it will be good for farmers.  He said the plan will secure the future, provide well paid jobs and protection from climate change, and that it is time for the Government to show leadership about the issue.  Minister Ryan said a consensus among the public about the need for climate action will make it happen. He said the Bill commits the country to a biodiversity rich, climate resilient and climate neutral economy by 2050.  Defending his decision to reject more than 200 amendments tabled by the Opposition, he said there must be a sense that this is for everyone. He said he was particularly attentive to the concerns of the farming community.

Members of the Irish Farmers’ Association marched in Dublin earlier the same day in protest at the Climate Action Bill. In line with public health guidelines the group was fewer than a 100 and had a garda escort as it marched from the Convention Centre to Government Buildings.

The farmers want recognition for the “carbon capture” they carry out by maintaining pastures, hedgerows and other environmental services. IFA President Tim Cullinan said the Bill was wrong and could have serious repercussions.  Earlier, Minister for Agriculture Charlie McConalogue told the Dáil that the next Common Agricultural Policy will have “a greater climate ambition”. He said farmers “should not be phased” by this, and that striking a balanced outcome “will be no easy task”.   “Enormous demands” are being placed on the CAP, he said, adding that 40% of its budget will be for environmental actions.

The minister updated the Dáil on the CAP negotiations, which he said are now entering the final stage. He said it was “disappointing” that the European Parliament had failed “to step up to the mark” and engage in the meaningful debate needed to finalise the agreement.

The budget has now been agreed – but not how it will be distributed. Minister McConalogue said he will engage with “all farmers” over the summer.

Changes to long standing payment systems will mean “challenging choices”, and he is looking for flexibility “for Ireland to make decisions for Irish farmers” and adapt the CAP to local conditions. He emphasised that Ireland had played a “key role” in securing a “marginal increase” in the CAP budget, and had to fight “a lot of downward pressure” to prevent a cut to it.

Minister of State at the Department of Agriculture, Martin Heydon told the Dáil that over ten million family farms are supported by the CAP across the EU. He said that during the pandemic, the sector had ensured that Irish people did not have to worry about food security.

Sinn Féin’s Agriculture Spokesperson Matt Carthy dismissed the ministers’ speeches as “pure rhetoric – nothing new”, with “the word flexibility” used “countless times”, which he said means only maintaining the status quo.  He decried the current system which allows Larry Goodman “to claim €414,000 a year”, and €222,000 per year to go “to a stud farm owned by a sheikh”. He said the upper payment limit under Pillar 1 should be €60,000 per annum without preconditions.

Minister McConalogue said he had been pushing for that level strongly, but no decision has been made yet.

Ireland will be paying €1bn more to the EU and only getting €100m more in CAP, Deputy Carthy said. A fair CAP means redistribution, he added, and challenged the two ministers to explain how that will happen.

Labour’s Seán Sherlock said farmers are concerned that biogenic methane is not being dealt with in the Government’s Climate Action Bill, and said that the issue is tied to the CAP’s environmental pillar.

Fianna Fáil’s Dara Calleary also emphasised the links between the Climate Action Plan and CAP. He asked what proposals aimed to ensure younger people enter and stay in farming.  Minister McConalogue said at least 3% of overall CAP funding will be for young farmers.