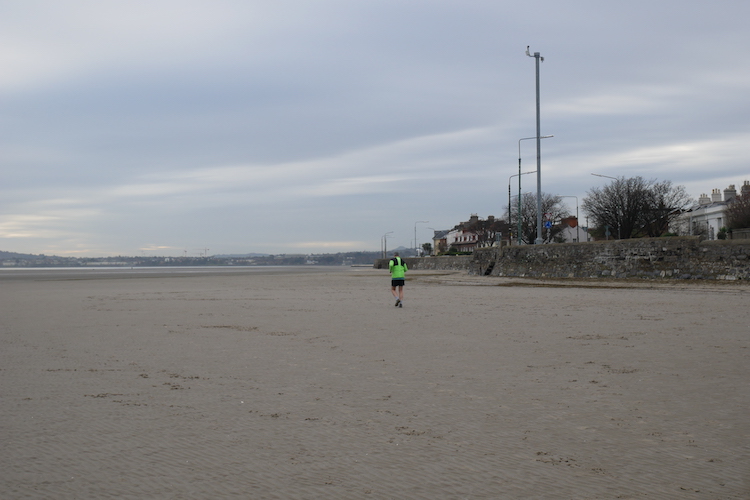 Sandymount Strand had “poor” water quality in 2017, said Andy Fanning, an environmental scientist at the Environmental Protection Agency (EPA) in a presentation to councillors on the environment committee last week. That had spiralled from “sufficient” in 2016 and 2015, and “good,” in 2014.  The water quality at Merrion Strand has held steady for the last three years from 2015 to 2017: at “poor”, the presentation said. In 2014, the water there was “sufficient”.

The rates are based on the levels of intestinal enterococci and Escherichia coli (E. coli) in the water. Those indicate faecal contamination. Pollution at Merrion Strand and Sandymount Strand is likely down to drainage misconnections, birds and dogs, and surface water from two nearby Elm Park and Trimleston steams, a council spokesperson said.  The build-up of small sand dunes at Merrion Strand may also play a part in diverting some surface water to Sandymount, they said.

Monitoring this year has suggested that the two streams are being polluted by “a combination of pumping station emergency overflows, combined sewer overflows and private drainage misconnections”, they said.  The law requires measures to be taken to prevent bathers from being exposed to pollutants, identifying the causes, and taking steps to prevent, reduce or eliminate them, as well as putting up signage. The local authority has to submit a plan for all this to the EPA.  Council plans to improve water quality include assessing how much of the microbes come from dog, bird and human waste, looking closer at changes with the sand, and studies to work out how and where to invest in measure to fix this.

Academics at University College Dublin and Aberystwyth University have teamed up under the banner of a research project called Acclimatize, and will also be looking into pollution of these waters, and where it’s coming from. Irish Water is doing the modelling for the impact, if any, of the Ringsend Wastewater Treatment Plant. When the plant first opened, “such sophisticated computer modelling was not available”, said a council spokesperson. The target is to bring all water bodies up to “good” ecological status by 2027, they said.

Under bathing regulations from 2008, if water in bathing areas is rated “poor” for five years in a row, the local council has to “issue a permanent bathing prohibition or advice against bathing”.  “Permanent” in this case means for at least one bathing season, said the EPA spokesperson.  Said Labour Councillor Dermot Lacey: “Within a mile of O’Connell Street, we have potential blue-flag beaches.” A blue-flag means a beach is top quality. “We should be enhancing it. A beach should be an asset, rather than a drain,” said Lacey. He says there are fewer outdoor council staff to help with the clean-up these days, though they do still go down.

Independent Councillor Mannix Flynn said he was worried that “we haven’t identified the sources of the contamination”.

Verde Environmental Consultants have built a team of water resource assessment specialists who are focused on delivering quality hydrogeological services to our clients in industry.

Verde provide all aspects of hydrogeological services such as: