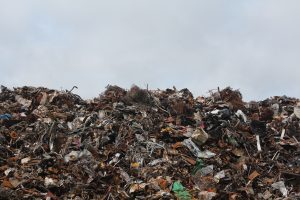 The Court of Appeal has upheld an order giving Wicklow County Council three years to clean up what it described as a huge and “appalling” illegal dump with a “Kafkaesque” history.  The council itself dumped vast amounts of waste on the illegal Whitestown site near Baltinglass over two decades and was aware, or should have been, from at least the mid-1990s of the “shocking” breach of the Waste Management Act there, Ms Justice Caroline Costello said.  She was giving the three judge court’s unanimous judgment on Wednesday upholding a 2017 High Court order giving the council three years to clean up the dump.

After the site was closed by the council in 2001, it was bought from the original owners in 2005 by a subsidiary of Brownfield Restoration Ireland Ltd, which wanted to operate it lawfully as a landfill.  While rejecting Brownfield Restoration Ireland Ltd’s appeal over the three year time limit, the court found there were errors in relation to some costs orders made by the High Court. Peter Bland SC, for Brownfield, said the outcome of the appeal was a “score all draw” and each side agreed to pay its own costs.

Ms Justice Costello said the lands holding the Whitestown dump were originally owned by John O’Reilly, who operated the dump for more than two decades. After the council closed the landfill in 2001 and entered the site in 2002, Mr O’Reilly sold the lands. The judge said Brownfield represented itself as the purchaser and beneficial owner of the lands but it later emerged the lands were purchased by a subsidiary, Rockbury Ventures Ltd, which was incorporated in the Virgin Islands in 2003.

In 2005, the council took proceedings against 12 parties, including Mr O’Reilly and Brownfield, for removal of waste and remediation of the site. Those proceedings would not be particularly remarkable save for the “outstanding fact” the council itself had dumped vast amounts on the illegal landfill, Ms Justice Costello said.  That, plus complaints from 1989 to the council about this “enormous illegal dump”, rendered it “absolutely astonishing and shocking” that the council claimed in 2001 to have “discovered” the illegal dumping.  Brownfield, having discovered the council was to a considerable extent responsible for illegal dumping on the site, took its own High Court proceedings in 2008 seeking that the local authority be required to remove waste and remediate the site.

Separately, the European Commission was pursuing Ireland over failure to deal with more than 100 illegal landfills and issued a formal notice in September 2010 which included a complaint about a delay in dealing with the Whitestown dump. The High Court proceedings were adjourned in 2012 on the basis that the waste would be removed and the council would deliver a mediated site to Brownfield within a year.  After the council informed the Department of the Environment it was a successful remediation, Ireland told the commission in 2015 that all waste had been removed from the site.  “The council cannot have believed this was the case,” the judge said.

Brownfield re-entered the proceedings in 2016 over the council’s approach to waste removal and remediation, including allowing as much of the waste as possible to remain on the site.

The High Court’s Mr Justice Richard Humphreys concluded in July 2017, after a 53 day hearing, that the “botched” remediation left about 93 per cent of the waste on site and he directed that the council remove waste and remediate the site over three years.  The council also discontinued the proceedings it had initiated in 2005. Dismissing Brownfield’s appeal over the three year time allowed, Ms Justice Costello said the various steps set out by the High Court all appeared necessary for this “huge” illegal dump to be remediated and there was no error by the judge.

On the costs issues, she held the High Court judge erred in principle concerning some costs orders made by him. He failed to give sufficient weight to the polluter pays principle in his ruling on certain elements of the costs of the 2008 proceedings and Brownfield was entitled to certain additional costs, she said.

Verde Environmental Consultants have extensive experience in the assessment and remediation of contaminated land.  We provide a complete, in-house solution to deal with contaminated land and provide cost effective and practical solutions that both meet our clients’ needs and fulfil the requirements of regulators.