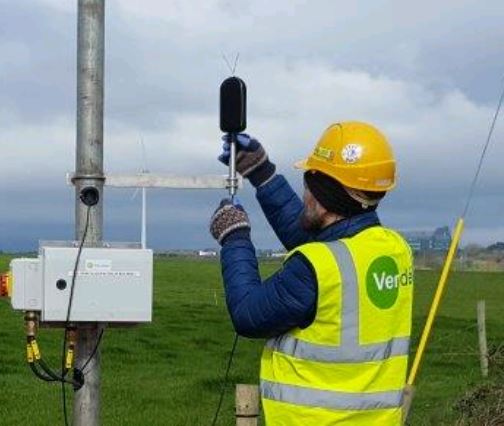 Many residents in Co Cork are experiencing excessive noise pollution as a monitoring agency lacks sufficient personnel to enforce legislation, described as “inadequate”.

Cork County Council, tasked with monitoring noise pollution, admits to being “snowed under” and not having the manpower to deal with complaints.

She said excessive noise in some areas was leading to sleep deprivation, stress and mental health. Cllr D’Alton claimed an estimated 250,000 people in Ireland live with excessive noise levels and, of those, 100,000 suffered sleep disturbance from traffic.

From Verde’s experience, the assessment of noise against typical limits (45dB night, 55dB day) is not always sufficient to assess nuisance in very low or very high background noise environments.  We carry out comprehensive noise surveys to include analysis of specific nuisance characteristics (such as impulsive and tonal noise) to help resolve noise complaints.

Cllr Mary Rose Desmond said noise levels on a busy HGV Cork-Ringaskiddy route, especially around the Broomfield area, were a real eye-opener for her. “It’s so bad people can no longer leave their windows open,” she said.

Cllr Anthony Barry, who sits on the council’s Environment Special Purposes Committee, said trees had been removed along the M25 Cork-Midleton road and M8 in Glanmire which had increased noise levels for local householders. He said no significant sound barriers had been put in place to rectify the problem.

Meanwhile, Cllr Deirdre Forde pointed out people living in the suburb of Douglas were also suffering excessive noise from passing traffic and said the council’s enforcement section was snowed under with complaints from all over the county.

The council’s deputy chief executive Declan Daly said it would not be realistic to expect the council to apply low noise surfaces to all of its 12,600km of roads.

In a report, Louis Duffy, head of the council’s Environment Directorate, said he was in favour of a government review of current noise limits. He said the primary legislation dates back to the early 1990s. An updated bill was proposed in 2006 but never enacted, he said. Mr Duffy said environment directorate staff took part in a national working group which developed a protocol for dealing with noise complaints for local authorities.

Supported by the EPA, it includes a recommendation that local authorities develop and adopt individual noise complaint management policies.

A draft policy will be brought to the council’s Environment Special Purposes Committee for consideration later this year.

Verde Environmental Consultants provide a number of noise and acoustic related services which can be tailored to include a noise minimisation plan, which specifies site-specific best practice guidelines for reducing noise and maintaining levels below acceptable thresholds. Each noise-monitoring programme is designed with the specifics of a site in mind to minimise costs to the client. Factors such are the location of sensitive receptors, sources of noise, frequency and duration of noise generating activities are all considered when determining the extent and frequency of noise monitoring required.