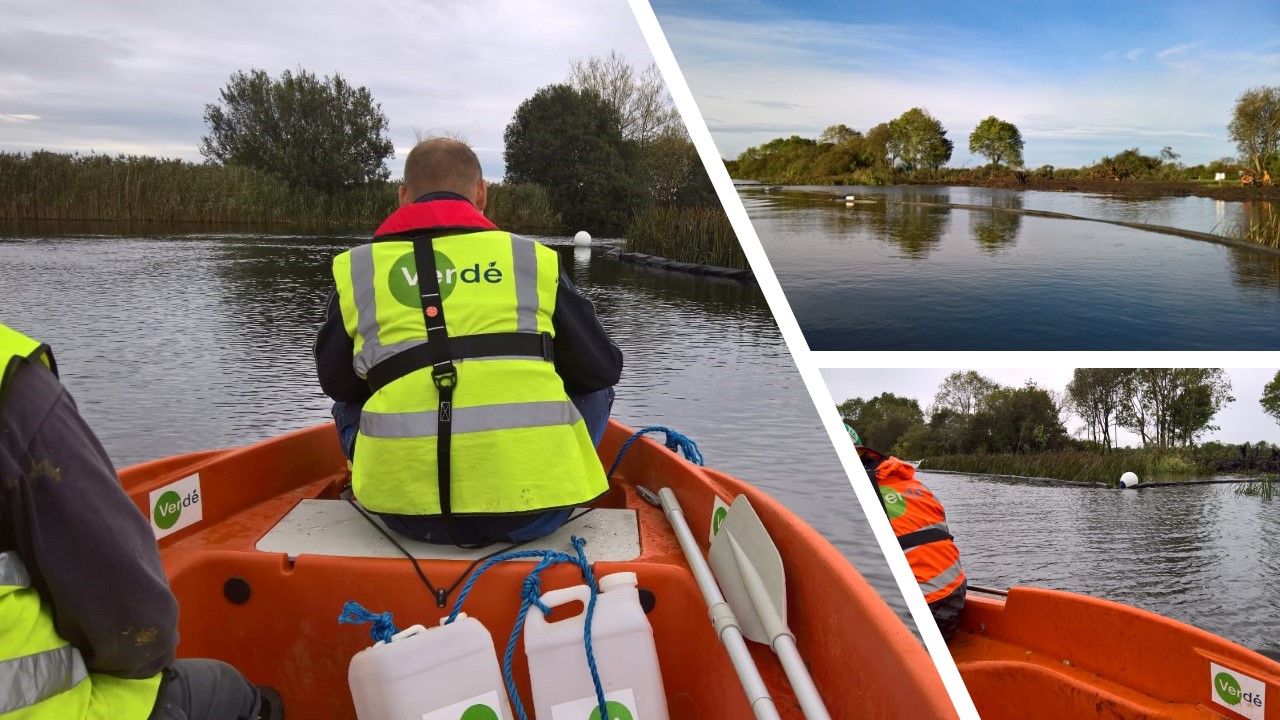 A containment boom is a temporary floating barrier used to contain an oil spill. Booms are used to reduce the possibility of polluting shorelines and other resources, and to help make recovery easier. Booms help to concentrate oil in thicker surface layers so that skimmers, vacuums, or other collection methods can be used more effectively. They come in many shapes and sizes, with various levels of effectiveness in different types of water conditions.  Click here to see the range of booms and accessories supplied by Verde.

Often the first containment method to be used and the last equipment to be removed from the site of an oil spill, they are “the most commonly used and most environmentally acceptable response technique to clean up oil spills in the United States.”

Booms used in oil spills can be seen as they rest on the surface of the water, but can have between 18 and 48 inches of material that hangs beneath the surface. They’re effective in calm water, but as wave height increases oil or other contaminants can easily wash over the top of the boom and render them useless.

In any oil spill, the use of a single conventional boom is not effective in protecting environmental resources even with the correct draft and aspect ratio. For speeds of over 1 knot (of the water and hence the oil), the boom will fail to stop the oil because of drainage under the boom. The approaching oil needs to be decelerated before it meets the boom. Drainage failure may be avoided by using a series of well-designed booms.