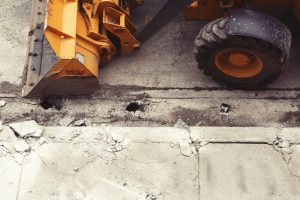 More than €10 billion in new infrastructure and a commitment to deliver affordable housing announced in today’s budget has been welcomed by the Construction Industry Federation (CIF).  Road projects including Cork’s Dunkettle Interchange, the N22 and N5 in Mayo along with 145 school construction projects were amongst the infrastructure spending items listed by Minister for Expenditure Michael McGrath.

Director-General of the CIF Tom Parlon said the Government had heeded the advice from the IMF for countries to increase investment in infrastructure by €1.6 billion to over €10 billion.  “This will have huge positive impacts in the short term and the long-term. Every €1 billion invested this year in infrastructure will generate another €1.85billion output, support 1,200 jobs and circulate €680million in wages and profits around the economy,” he said.

The Department of Housing has also received a budget increase of €773 million on 2020 with €500 million to be directed towards capital expenditure and the construction of 9,500 new social housing units in 2021. “The Government’s commitment to an affordable homes scheme is welcome and we hope to see a shared equity scheme in place in the coming months,” Mr Parlon said. “The details of how this scheme will be implemented will be critical and it will mean thousands of houses that our sector cannot currently build will be built. This would take thousands of couples out of the affordability trap.”