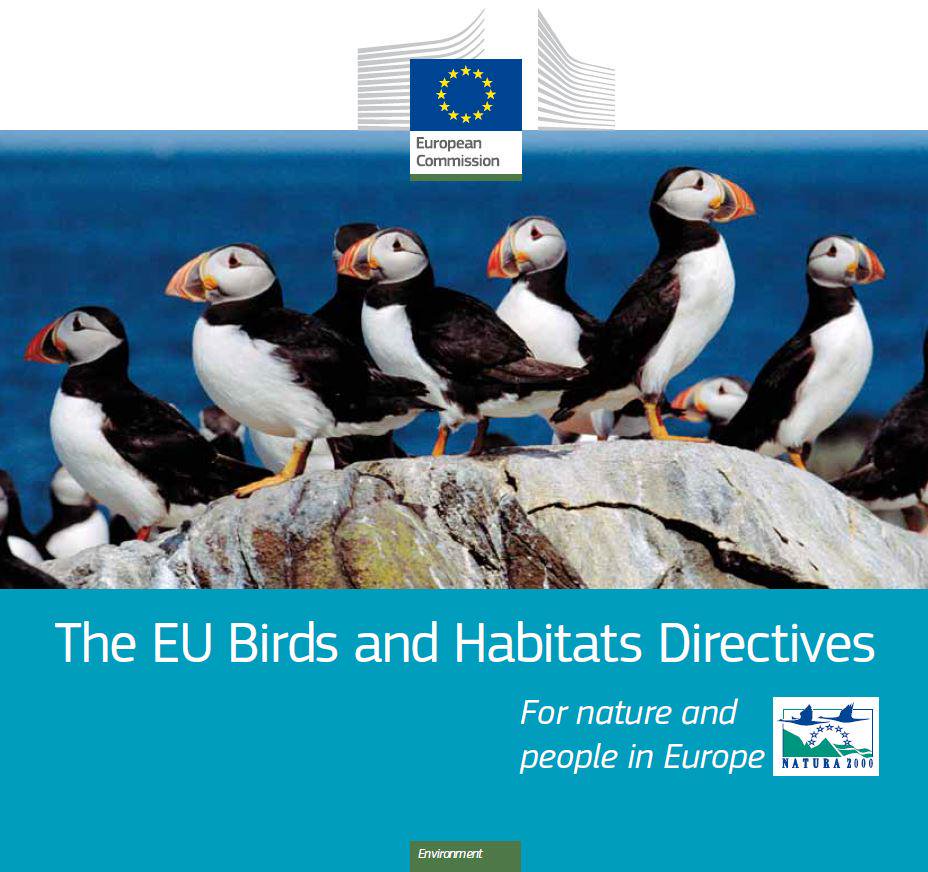 Europe covers less than 5 % of the planet’s land mass. Yet, despite its small size, it has a stunning diversity of wild plants, animals and landscapes, many of which are found nowhere else in the world.

Differences in climate, topography and geology account for much of this biodiversity. So does our long association with the land. Few places in the world have such a varied, contrasting and localised patchwork of habitats, wildlife and cultural landscapes so tightly interwoven in so small an area.

Protecting our natural heritage ensures that the rich diversity of plants, animals and habitats in Europe is maintained for generations to come. It is also essential for our economy and our well-being. Healthy ecosystems not only offer a wide range of important socioeconomic benefits, such as food, clean water and healthy soil, but also provide a vital source of income for countless people across Europe who harvest its natural resources in a sustainable manner.

Significant progress has been made to protect Europe’s biodiversity in the last 20 years, but there is still much to do to halt its loss. The rate of species extinction may not be occurring as rapidly as in other continents, but up to 25 % of European animal species are still at risk of extinction and even common species are suffering from the continuing loss of suitable habitats.

The latest inventory of land cover in the EU shows that artificial areas resulting from urban sprawl, industrial development and new infrastructures are expanding rapidly across Europe. This comes at the expense of valuable natural areas, especially wetlands and grasslands which have already suffered heavy losses in the past. The remaining habitats are increasingly isolated from one another, to the extent that nearly a third of the EU territory is now highly to moderately fragmented.  More recently, climate change has become a major concern both for humans and for biodiversity, as has the continued spread of invasive species, which displace our native plants and animals. Other threats to nature include pollution, unsustainable exploitation of natural resources, and land abandonment.

The potential consequences are extremely serious. These continuing threats and pressures can seriously affect the health of ecosystems, many of which can no longer deliver the optimal quality and quantity of services that they used to, such as the provision of clean air and water, or the control of floods and erosion.

The EU Birds and Habitats Directives form the cornerstones of Europe’s legislation on nature conservation. These Directives represent the most ambitious and large-scale initiative ever undertaken to conserve Europe’s natural heritage. Together, the EU Birds and Habitats Directives enable all 28 Member States to work together within the same strong legislative framework in order to protect the EU’s most vulnerable species and habitat types across their entire natural range within the EU, irrespective of political or administrative boundaries. Adopted in 1979, the Birds Directive aims to protect all wild birds and their most important habitats across the EU. The Habitats Directive, adopted 13 years later in 1992, introduces very similar measures but extends its coverage to around 1000 other rare, threatened or endemic species of wild animals and plants – often collectively referred to as species of European importance. It also, for the first time, protects some 230 rare habitat types in their own right.

The overall objective of the two directives is to ensure that the species and habitat types they protect are maintained, or restored, to a favourable conservation status throughout their natural range within the EU. It is therefore more than just halting their further decline or disappearance; the aim is to ensure that the species and habitats recover sufficiently to enable them to flourish over the long-term.

Other than the selection of sites for the Natura 2000 Network, which is done on purely scientific grounds, measures under the two directives must take account of the economic, social and cultural requirements and regional and local characteristics of the area concerned. In order to check whether the measures are achieving their objective, Member States monitor progress and report back to the European Commission every six years on the status of the species and habitats of European importance that are present in their country. The European Commission then aggregates the information in order to determine the overall trend for each species and habitat across the EU and whether they have reached, or are on the way to reaching, a favourable conservation status.