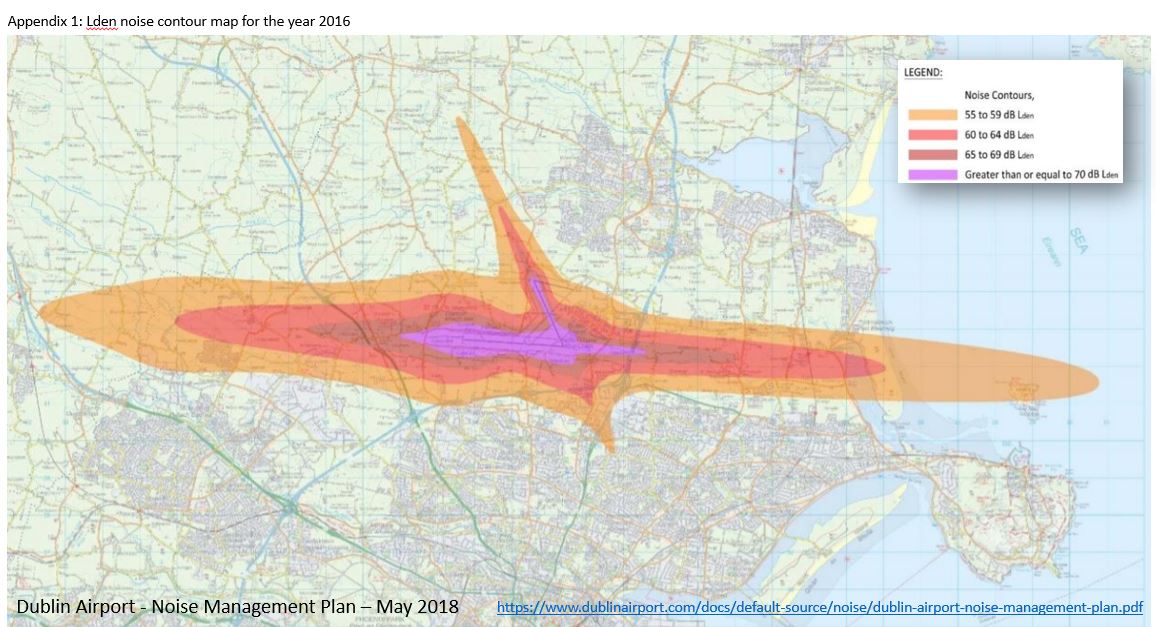 There was intense pressure on Transport Minister Shane Ross to appoint a noise regulator for Dublin Airport, even though officials knew accusations of a conflict of interest were certain to arise.  Mr Ross chose Fingal County Council as noise regulator despite the fact 8% of its total budgeted income each year comes from the Dublin Airport Authority.

Internal records show how the Department of Transport knew there would be suggestions the council was conflicted, describing it as a “likely angle of attack”.  The move had to be rushed through after plans to appoint the Irish Aviation Authority as the regulator were ruled out on the advice of the attorney general, who had warned it was too dependent on funding from Dublin Airport to be considered independent.

A briefing prepared for Mr Ross explained how the department was “acutely aware of the time pressures” to find a replacement.  In a warning to the minister, the briefing stated: “It is imperative, however, another misstep is avoided. Therefore we are making sure that whatever you are advised of next and whatever you decide upon as a course of action, that it is deliverable.”

Fingal County Council was chosen with a promise of extra resources to deal with the workload and An Bord Pleanála as an appeals body.  The department was conscious that its choice would be criticised because of a perceived financial conflict of interest and the possibility that it was not “sufficiently competent”.  In an internal mem for the minister and officials, the department was given five bullet points to counter this “likely angle of attack”.  It said Fingal already dealt with noise issues for roads and railways, would be open and transparent, and was used to dealing with planning issues and public consultations.  It said another point of attack would be the considerable delays in making the appointment of a regulator.  The briefing stated: “The ruling out of the Irish Aviation Authority… represented a very late-in-the-day setback. That resulted in a delay to the delivery of the legislation and the development of a revised course of action.”

Internal briefings also describe how Mr Ross could play down how dependent Fingal County Council was on income from Dublin Airport. A speaking note for him said: “It is my understanding that DAA [Dublin Airport Authority] rates represent approximately 8% of Fingal County Council’s overall budget income.  That is not an insignificant amount, of course, but simple math tells us that it gets 92% of its income from other sources. Many other large and small businesses pay rates, and home owners pay property tax.”  Another line put forward suggested that asking if Fingal was “unduly beholden” to airport income was no different to questioning the independence of all local government powers and funding.  A later briefing added: “Many regulated bodies are funded by the regulated entity in the form of a levy or charge on that entity.”

Other records explain how Fingal came to be chosen with other agencies like the Environmental Protection Agency and Commission for Aviation Regulation ruled out.

In a statement, the Department of Transport said Mr Ross was satisfied Fingal County Council was “the most appropriate body” for the role.

Occupational noise monitoring is also required for some operations to protect staff and ensure compliance with Health and Safety regulations.