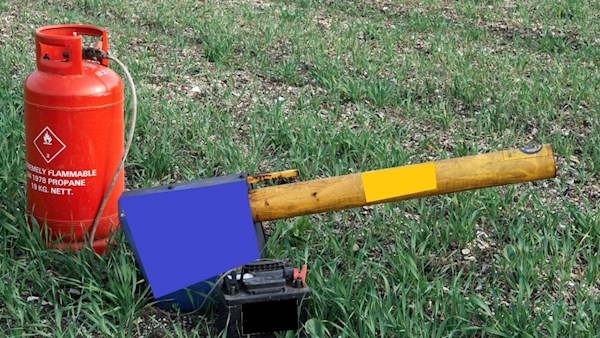 County councils, in particular, have availed of EPA (Environmental Protection Agency) legislation to caution some farmers with the threat of noise pollution.  However, most local authorities are not prepared to pursue the matter through the courts and, at times, it is left to an individual to initiatve an action in the district court.

In Kerry, County Hall in Tralee confirmed 13 complaints had been recorded, specifically over ‘crow bangers’ in the period 2013-2017.  Overall, the council had received 112 public complaints relating to noise pollution within that period, ranging from loud music, burglar alarms, and construction-related noise.  This year, there were two complaints recorded by the council over bird scarers’ use.  “It is worth noting that apart from the option of making a complaint to a local authority, the public has direct recourse to the district court under the EPA Act to abate noise nuisance,” the council spokesman said.  In the Kerry manslaughter case in which Mr Anthony O’Mahony died, a Garda expert witness, PSV inspector Garda Jim O’Brien, had conducted tests on the deceased farmer’s ‘crow banger’ instrument which was central to the case.  Garda O’Brien had testified he found the bird banger to be louder than a shotgun at close range.  But he also noted there was the additional effect of percussion from the crow banger as it pushed air in front of it.  The garda expert had worn ear muffs to test the instrument.  Frequency and positioning were other issues, the garda expert explained.

Meanwhile, prior to the Central Criminal Court trial in Tralee, earlier this year, of convicted dairy farmer Michael Ferris, the use of crop bangers had been raised in the Dail.  The matter was highlighted in May 2017 when the then minister for environment Denis Naughten, in a written reply to Independent TD Michael Healy-Rae, said any issues with crow bangers came under general noise regulation rules governed by the EPA.  There were no plans for specific legislation, at that time, the minister conceded.  The minister had also referred to the department’s Guide to Noise Regulations, a four-page leaflet outlining what is open to persons complaining about noise, including the powers of a local authority.

A Guide to the Noise Regulations, on the legal remedies open to a person experiencing nuisance noise.  The guide can be downloaded here

Meanwhile, Limerick City and County Council is one of the few local authorities that introduced draft guidelines on environmental control, noise-nuisance and noise-action and specifically aimed at crop bangers in rural areas.  The council was guided by a code of practice published by the National Farmer’s Union (NFU) in Britain.  Inviting public submissions based on the NFU link, the council explained: “A significant portion of farmland in County Limerick is used for growing crops and it is understandable that farmers take measures to deter bird infestation.”However, it should be borne in mind that the use of scarers has the potential to cause perceived noise nuisance for the occupants of nearby dwellings.”  Limerick City and County Council also recommend that farmers using such devices adhere to the NFU Code of Practice, the main points of which was to avoid causing a nuisance.

Occupational noise monitoring is also required for some operations to protect staff and ensure compliance with Health and Safety regulations.