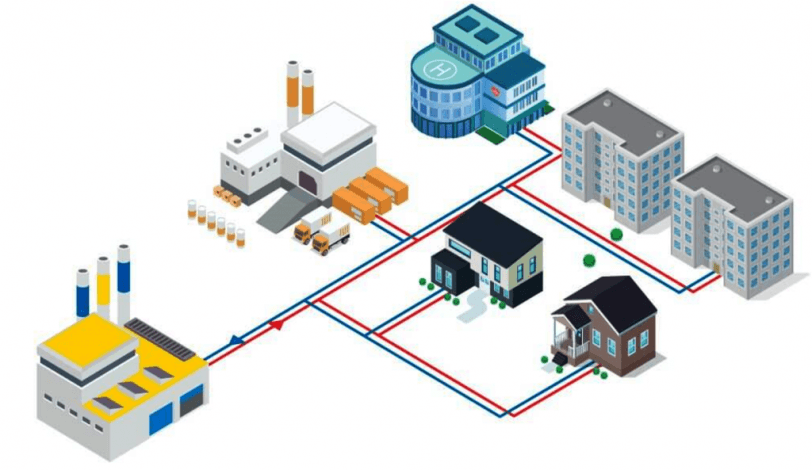 The Irish government has released a Climate Action Plan for 2019, which includes targets and measures for reducing greenhouse gases in the real estate sector. This article assesses those targets and how the government proposes to meet them and how they will affect the built environment in Ireland.

The government aims to retrofit 500,000 existing properties by 2030 by replacing oil boilers with a B2 BER rated equivalent energy source.

The suggested alternative energy sources are lower in carbon emissions, such as heat pumps instead of carbon intensive sources like gas. The government plans to increase the number of buildings, both residential and commercial, with BERs and DECs as a precursor to regulating this minimum BER B2 rating.

Project Ireland 2040 has provided significant additional resources for carrying out retrofitting. Under this strategy a new model will be developed whereby retrofits will be grouped together to benefit from economies of scale, leverage private finance and ensure easy payback methods.

A second option for reducing fossil fuel use is the use of district heating. The government has projected the instillation of 600,000 heat pumps, 400,000 of which are to be fitted into existing buildings with the remaining 200,000 to be fitted into new builds. In order to meet these targets the government hopes that district heating systems will be considered for all new developments, in particular in strategic development zones. The government also wants to develop a national policy framework which would cover key areas such as regulation and planning of district heating.

Regulation of new buildings and renovations

The government has committed to the full development of the support scheme for renewable heat (SSRH). This scheme supports the adoption of renewable energy sources by commercial, industrial agricultural and any other non-domestic heat users that are not covered by the EU emissions trading system.

The government has also committed to compact and sustainable growth. At least 40% of all new homes country-wide will be built within existing settlements. This is promoting better spatial planning which will reduce carbon emissions. The Land Development Agency will be highly involved in this by aggregating sites, pre-planning transport and ensuring there is access to health and education.

The Plan stresses that lending institutions must pay more attention to the assets which they are funding and the impact these assets are having on the environment. They are also expected to show a willingness to fund investments that are more climate-resilient.

A number of suggestions were made in the Plan in this area, including the development of a smart finance initiative which would provide a competitive funding offer with state support for developments that are climate resilient. It was suggested that lending institutes could examine the potential opportunity for green mortgages whereby applicants include their intention to retrofit in their mortgage application upon purchase and as a top up when retrofitting a property already owned.

Compact and sustainable growth is a top priority. Ireland’s five cities are targeted for 50% of overall growth by 2040. This will mean increasing the proportion of more compact forms of growth in cities and towns, with a focus on urban infill and the re-use of brownfield land (i.e. any previously developed land that is not currently in use).

Changing the pattern of development in this manner will ensure that more people will be living within existing built-up areas. This will reduce travel distances to employment and services, enabling a greater proportion of journeys by bike or on foot. It will also result in greater urban density and greater sustainable mode share, as development will not be dependent on road capacity or car parking requirements. Higher density residential development tends to comprise smaller units that requires less energy to heat. Furthermore, closer proximity of multi-storey and terraced buildings will require less energy and make renewables-based systems of energy distribution such as district heating or area-wide technology upgrades, more feasible.

The main impact of the Plan on the built environment is as follows:

It is hoped that over time the pattern of development and urban structure will change in order to achieve more compact forms of growth in urban areas.