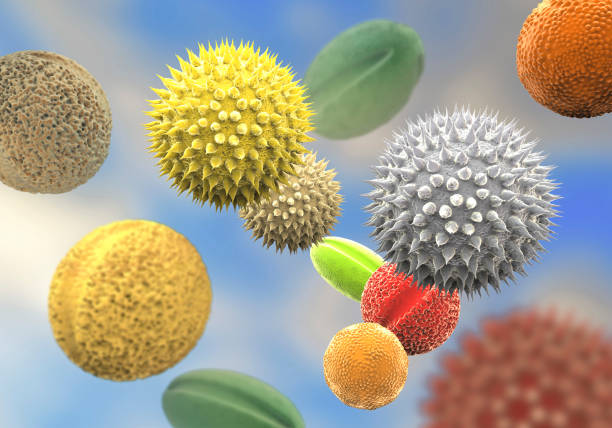 In addition to their role in plant fertilization and reproduction, pollens and spores have another, hidden talent: With a simple treatment, these cheap, abundant and renewable grains can be converted into tiny sponge-like particles that can grab on to pollutants and remove them from water, scientists report. Even better, these treated particles don’t trigger allergies. The researchers will present their results today at the American Chemical Society (ACS) Fall 2019 National Meeting & Exposition. “Even very low levels of certain compounds, such as hormones, pharmaceuticals or those in household and personal care products, can cause toxic effects. However, they often can escape normal cleanup processes at wastewater treatment plants,” says Andrew Boa, Ph.D., whose lab is working on the pollen project. “We’re trying to find alternative ways to remove these chemicals from water so we can reduce the amount going into the environment.” The project is part of the larger “Sullied Sediments” program in which Boa and many other scientists are assessing pollutant levels in sediments from European waterways, with a view to assessing dredged sediment, managing sediment reuse and reducing future contaminations. These contaminants include pharmaceuticals such as the pain reliever diclofenac and household chemicals such as triclosan, an antimicrobial compound used in toothpaste, and other personal care products. Some of these chemicals, including triclosan, are either banned or their use heavily restricted. The European Union will begin officially monitoring levels of all of these “Watch List” chemicals from 2020 onwards.

The spore grains used in the study are extracted from Lycopodium clavatum — the common club moss. In their natural state, each of these microscopic grains carries genetic material inside a hard shell that’s coated with an outer layer of wax and proteins, explains Aimilia Meichanetzoglou, a doctoral student in Boa’s lab at the University of Hull. Boa first became interested in pollen thanks to his work with Grahame Mackenzie, Ph.D., a Hull professor (now emeritus) who developed the original method to form non-allergenic, hollowed-out pollen and spore shells. Mackenzie’s company, Sporomex, uses the inert shells to encapsulate active ingredients for controlled release in pharmaceutical, food, cosmetic and medical applications. Boa has taken the concept in an entirely different direction. When he and Meichanetzoglou were studying the empty shells’ interactions with a variety of chemicals, they noticed that some of the compounds became adsorbed, or stuck to, the surface of the shells. Boa realized this stickiness could potentially be used to grab low levels of pollutants, and so he pursued this type of application. Meichanetzoglou uses hydrolysis to rid the pollen of its genetic cargo and waxy coat, which makes the grains hypoallergenic. To target particular pollutants, she can vary the hydrolysis conditions and make modifications to the surface of the grains. For example, to remove phosphate, which is used in many fertilizers, Meichanetzoglou deposits iron oxide on the surface of the shells. Iron oxide reacts with the phosphate to form insoluble iron phosphate, which precipitates out of the water and gets adsorbed onto the grains. The researchers found that the grains could remove almost all of the phosphate from water samples and nearly 80% of several other pollutants.

Treating wastewater will require consideration of various factors, such as scale and the degree of contamination. For example, homes that use a septic tank; particular buildings with a high level of pharmaceuticals in their waste water, such as hospitals or care homes for the elderly; or municipal waste water treatment plants that serve a whole city will all have different requirements. Boa is exploring options with local water authorities for implementation of this technology.

Boa has purposely tried to keep process costs low to make the method commercially feasible. The moss is already harvested for other applications, Boa notes, and it can grow on poor-quality soil, so it won’t compete with food crops for arable land. His collaborators have also begun testing the bioavailability of pollutants captured by the grains.

Wastewater is created in every country in the world and its volume increases faster than the rise in population. Treating wastewater is usually a costly and resource-consuming exercise and is an increasing issue throughout the world.  In less developed countries, the problem often results in the release of millions of litres of untreated wastewater into the environment and into the oceans, creating acute health and environmental hazards and damage.

Our range of products include:

Each component of the products and solutions we provide is designed for optimum performance that is built to provide years of service life.