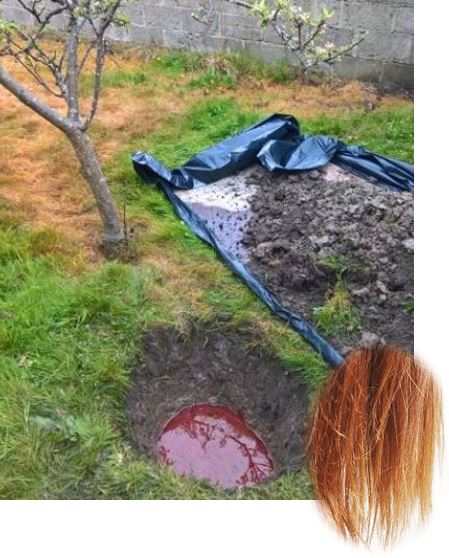 On March 24, 1989, the world became aware of an environmental calamity in Alaska as an Exxon Valdez oil tanker spewed millions of crude oil into the Alaskan waters.  The tragic news grasped the attention of Phil McCrory, a hairdresser in Alabama. McCrory watched heart-wrenching footages of an otter covered in oil on television and did not manage to get the images out of his head.  With zero experience in environmental research, McCrory decided that he would find a solution to such ecological disasters, at least for the sake of those otters.  As researchers were tinkering with various ideas to clean up the colossal pollution, McCrory innovated a clean-up method, one that involved something he had dealt with his entire life: human hair.

He took a pair of his wife’s pantyhose and filled them with hair clippings hoping the hairy tubes would soak up oil from the water. NASA later studied what it referred to as “McCrory’s innovative filters” and confirmed their efficacy in clearing oil spills.  Today, his simple solution is widely used at oil spill sites, according to Vox, with the oil spill hair booms of today are sock-like tubes filled with recycled hair and wool clippings.  Our hair absorbs sebum, an oil-secreted from our sebaceous glands on a daily basis, and hair booms are considered to be the most eco-friendly means of removing contaminants from the water.  If our hair is so good at absorbing oil, then so is animal fur, making them vulnerable victims of oil spills. Marine animals whose livelihood depends on clean fur to keep warm might die if their coats become contaminated with oil that is difficult to wash off.  Sometimes oil drops are so small that they are not visible in the water to prompt an immediate clean-up response, silently causing substantial damage to marine life, and polluting our drinking water.

Last year, 672,000 gallons of oil spilled through a fractured pipeline below the ocean’s surface in the Gulf of Mexico, with no trace of it visible in the water. Officials searched for oil spills with no luck for days, even though the spill was the largest since the Deepwater Horizon explosion in 2010 when four million barrels of oil leaked for nearly three months.

This year’s largest oil spill occurred when an Iranian tanker sank in the East China Sea. The Sanchi tanker was carrying 136,000 tonnes of highly flammable fuel when it crashed into a freighter, killing all 32 on board and causing an environmental emergency. The naval collision reportedly occurred at a spot known for being a spawning ground for fish in the East China Sea.

The latest major oil spill in Ireland dates back to 2009 when 1,000 tonnes of oil spilled from two Russian naval vessels in the waters off the west of Cork. According to The Irish Times,some 522 tonnes of fuel oil leaked in three distinct slicks 39 miles south of the Old Head of Kinsale.

Environmentalists are trying to take action against oil spills by urging their Governments to stop offshore oil drilling. Because oil spills are not always caused by drilling, however, they are not precisely preventable.  That makes tools such as McCrory’s hair booms and initiatives such as volunteering for beach clean-ups and washing off oil-covered marine species vital in tackling oil spills.

With offices in Wicklow, Cork, Galway and Mayo, our specialist oil spill remediation team, overseen by a dedicated Project Manager, are on hand to help you clean up the affected area and get your property back to normal in no time.

Verde Products and Technology carry a large range of oil spill response equipment such as: